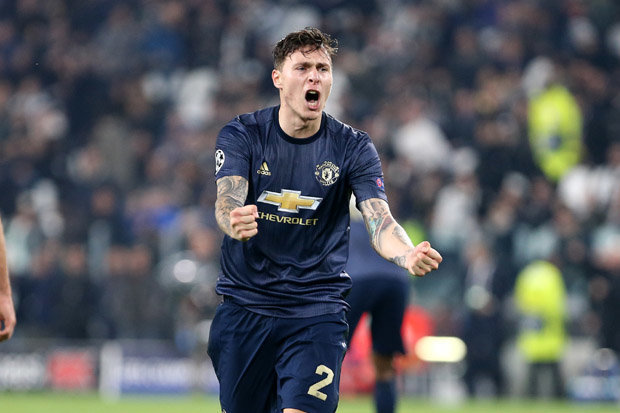 Victor Lindelof has established himself as a first choice central defender since Ole Gunnar Solskjaer has been appointed as an interim manager of the club.

The Swed played excellent football in the last two months and finally seems to be proving that he is worth the fee of €35 million (plus €10m in add-ons) that Manchester United paid to Benfica for his transfer in 2017. He also scored the equalizing injury time goal against Burnley on Old Trafford.

The Red Devils won 10 out of Soslkajer’s 12 games in charge of the club and Lindelof says that the players have to maintain their work rate to keep getting positive results in the next period which is handful of big games.

PSG ended Norwegian’s unbeaten run in the Champions League on Tuesday night with a 2-0 victory at Old Trafford, after a poor second half performance from the Red Devils.

Vitor Lindelof believes United must maintain their intensity to bounce back in tricky tests against Chelsea and Liverpool next week.

It’s been very good in the last few weeks and we’ve been playing some good football. All the guys have shown their qualities.

I think we have to keep going and continue to work really hard and do the things we’ve been doing. And we always have to give 100 percent in everything. Not 90, always 100 – that’s very important.

The Swedish defender also stated that he hates losing, but he doesn’t get carried away with the run of good results.


I hate losing – that’s the worst thing I know. I always want to win so, after a loss, I can be quite mad for a while and my wife knows that.

She won’t speak with me for a little bit when I get home. But I also think it’s important to let it go too. It’s okay to be angry but, after a few hours, you have to move on and I’m very good at doing that.

I’ll say ‘Okay, that’s now in the past, let’s move on and look forward to make sure it doesn’t happen again. I love to win, but it’s the same thing, you’re happy for the win but, the day after, you then have to look forward and work hard for the next game.