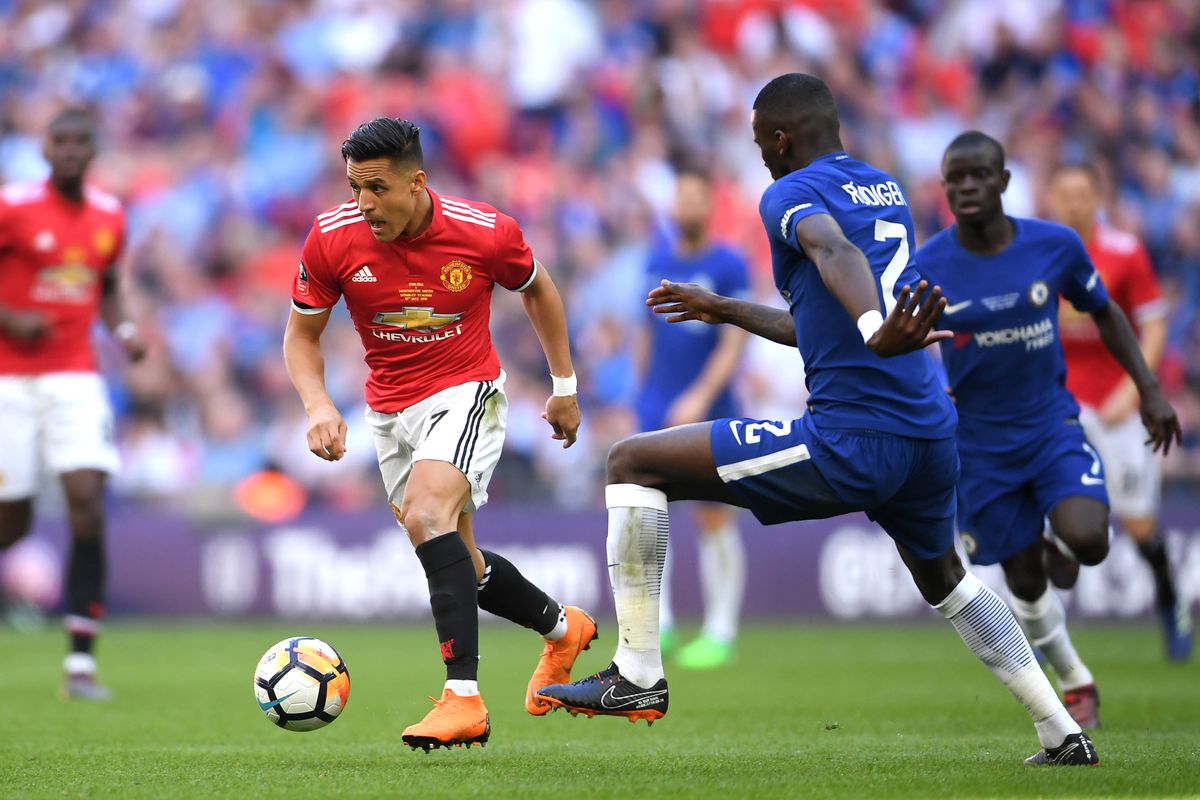 Manchester United visit Chelsea for the Round of 16 in the FA Cup on Monday night.

The Red Devils go to London after the first defeat under Ole Gunnar Solskjaer, as they lost the Champions League game against PSG 2-0 at Old Trafford.

Anthony Martial and Jesse Lingard suffered injuries in the first half of the Champions League tie against PSG, and will both miss the trip to London

Antonio Valencia and Matteo Darmian are will miss the game as well.

Chelsea will hand Ross Barkley a late fitness test, as the man who saved them in the previous encounter vs Manchester United is still doubtful for the game.

Left-back Marcos Alonso could return after being omitted from Maurizio Sarri’s squad for the trip to Sweden in Europa League.

This will be the 14th FA Cup tie between Chelsea and Manchester United, as the Blues have been better in each of the last four, including the final last season.

In all competitions, Manchester United have won just two of their last 22 away games against Chelsea (D7 L13), failing to win any of their last nine.

Manchester United have eliminated the FA Cup holders 10 times, more than any other side in the competition’s history. They last did so in 2011-12 against Manchester City.

The last side to eliminate both Arsenal and Chelsea in the same FA Cup campaign was Manchester United in 1998-99. They went on the win the treble.

Manchester United is in better form, despite the 2-0 defeat against PSG. Chelsea lost 6-0 to Manchester City in the last weekend, and showed the poorest performance in the recent history of the club.

We think the the absence of Martial and Ligard will be a big problem for the Red Devils, but believe that United can win the game. Final prediction: Chelsea 1-2 Manchester United.