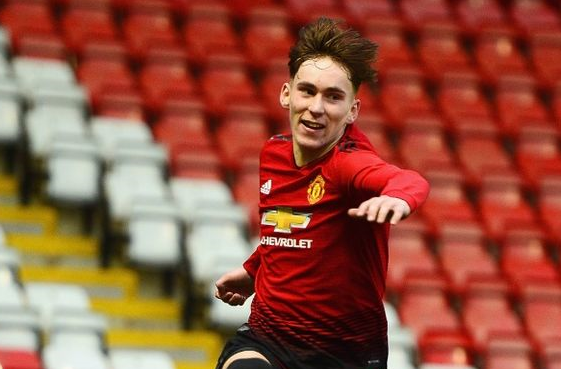 Today Truly Reds have decided to look into further detail the young Manchester United player James Garner after being promoted to the first team squad today for tonight’s game in London against Crystal Palace.

Fans are not surprised that young players have been promoted to the team after 9 of the United’s first team are currently injured.

Likened to Michael Carrick by Ole Gunnar Solskjaer, the teenager could be set to make his debut at Crystal Palace tonight.

James Garner has been at Manchester United since he was 8 years old so tonight is a big accomplishment. The midfielder has captained England Under 17s in the European Championships, having played fantastically throughout.

What Type of Player is Garner

Throughout his youth career, Garner has been compared to ex-United midfielder Michael Carrick, as he plays deep in midfield and tries to orchestrate play. His passing and composure is his biggest attributes along with his work rate.

What OGS has Said

Jimmy Garner is a Michael Carrick, but 20 years younger, I’m sure he’ll do well and Chongy will be taking people on if he comes on. They’re ready, the kids, it’s a hard if you’re a defender coming as a 16 or 17-year old but as an attacker you just go out there and express yourself, and there is your chance. They can win you the game not lose it for you.”

The English lad is known for his composed passing and work-rate in front of the defensive line.