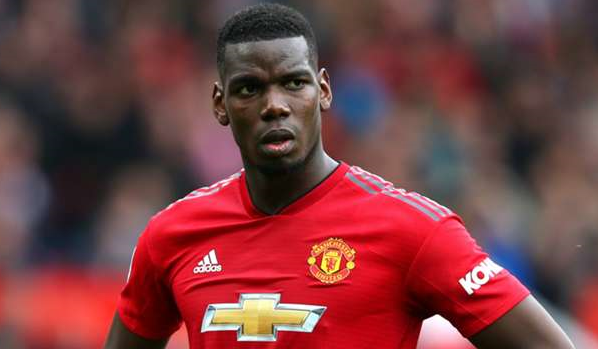 Time for United to Sell Pogba?

The transfer window ahead of the 2019-2020 season could prove to be one of the most important in recent years for Manchester United. Given that Ole Gunnar Solskjaer is now firmly at the wheel, the Norwegian coach has already made it abundantly clear that nothing short of a complete rebuild of the team is required, in order to seriously challenge for honours.

Although some pundits believe that Solskjaer should build his new team around Paul Pogba, there’s a growing expectation he’ll leave Old Trafford this summer. The French midfielder isn’t lacking for a choice of options, either, with the latest premier predictions tipping Real Madrid as 12/5 favourites in the transfer betting markets, while Juventus at 10/3 are still very much in the hunt to secure his return to Italy.

Despite the 2018-2019 season falling far below expectations for the team, Pogba was still United’s best player by some considerable margin. Not only did he register the highest average match rating through the course of the season, but he was also top of the charts for both goals and assists. Such figures are certainly convincing enough for those who feel Solskjaer needs to keep the midfielder at Old Trafford.

Paul Pogba: Has had a direct hand in 22 league goals this season (13 goals, 9 assists); His goals and assists have earned Man Utd an additional 22 points

It’s certainly not going to be an easy decision to make because much will depend on what kind of offers the club receives, and if the player himself actually wants to stay or not. Real Madrid would likely make the biggest cash offer for Pogba, with Zinedine Zidane a keen admirer of the 26-year-old World Cup winner.

The priority target for Real Madrid this summer, without any doubt, was Chelsea star Eden Hazard, who they have managed to acquire. That said, it’s not beyond their financial reach to sign both Hazard and Pogba this summer. It’s claimed that Adidas are part of the equation, and are keen to see the Frenchman switch to the Spanish giants as a “major player” for their sportswear brand.

While there will undoubtedly be an open line of communication between the Santiago Bernabeu and Old Trafford offices, Juventus have issued the strongest statement of intent thus far. The Italians have firm aspirations of luring Pogba back to Turin, aided by excellent relationships the player has maintained with his former teammates and staff at the club.

Nevertheless, Juventus wouldn’t be able to match the £93.2 million club record fee United originally paid for Pogba in 2016, while the Premier League side are unlikely to negotiate anything below that amount. This could lead to a cash-plus-player deal, dropping names such as Paulo Dybala, Alex Sandro and Douglas Costa into the mix.

Any one of these players would potentially be excellent signings for the Red Devils, although whether they would suitably fit into what Solskjaer has planned for his new-look team, well, that’s another matter entirely. He has already expressed a strong desire to focus on young, British homegrown players, with plenty of options lined up via the transfer market, or emerging talents from the club’s own youth academy.

Aside from Real Madrid and Juventus being the strongest suitors, media reports around Europe are still linking interest from PSG and Bayern Munich. A potential bidding war would suit United if they do want to sell Pogba and the reality is clear. The club could shrewdly reinvest that money into two or three quality alternative signings, helping Solskjaer to firmly lay his own foundations for the future.