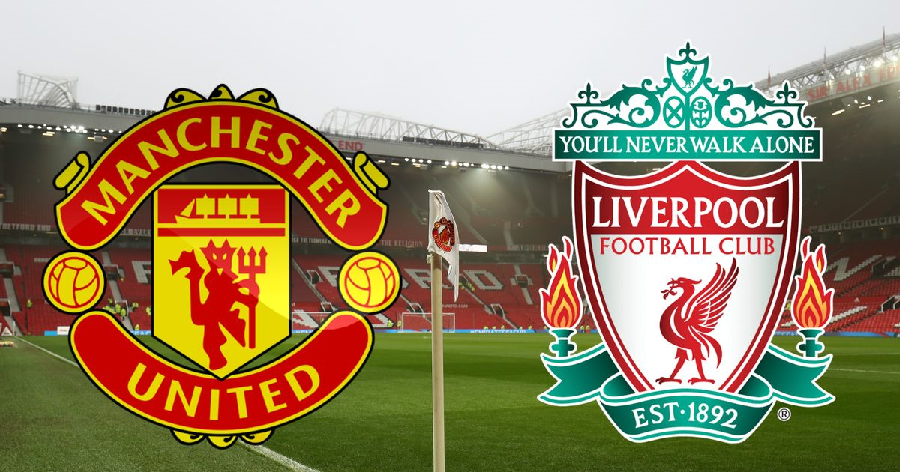 The M62 Derby, the ‘Big Red, the ‘Slugfest of the North-West’ – or just United v Liverpool. There can be no doubt that with 38 league titles shared by the combatants, matches between Liverpool and Manchester United have few, if any equals.

From Seoul to Sydenham, it now seems impossible to imagine any location on earth where you are not within fifty miles of a supporter of either club, and with both teams seeing fluctuating fortunes over the past fifty years, it is a rivalry that will stand the test of time.

But why has this rivalry reached such a pulsating crescendo?

With Liverpool making a perfect five-game start to the 2019/20 campaign, and United still far from convincing, few would be surprised to see Liverpool close the gap of league titles back to one. Stranger things have happened of course, and United have twice won the title after trailing by a significant amount to Liverpool at Christmas.

Liverpool also still trail massively to United in the all-time Premier League stakes, with 28 losses from 54 Premier League fixtures. However, a return of four points from last season’s encounters sets the Reds of Merseyside up for another confident display when the next clash rolls around on 20 October.

As those that bet on football can see, Liverpool are now seriously threatening to steal Manchester City’s well-earned crown, and win at Old Trafford is likely to see a particularly massive shortening in Liverpool’s title odds, and leave nobody under any illusions as to who rules the north-west. However, it is a venue they seldom enjoy visiting, and this only redoubles the resentment Liverpudlians feel towards Mancunians.

Feelings of success can be intensified by the idea of owning certain stretches of territory. In their own city, Liverpool fans rest easy at night, repeating the mantra that the city of Liverpool is ‘all theirs’. Yet, to be truly satisfied, the M62 and the East Lancashire Road must also belong to them.

It is less than an hour’s drive between Old Trafford and Anfield, with the two most success-laden grounds in English football separated by just 32 miles. Perhaps the only thing that the two sets of supporters can agree on is the East Lancashire Road’s role as ‘no man’s land’.

Whether braving it in the car or passing it by on the train, both Liverpool and Manchester, as cities, emerge out of nowhere. Landmarks, such as Liverpool city centre’s 400-ft tall Radio City tower get progressively bigger, signalling the approach to ‘hostile’ territory. Psychologically, that is a big moment in the typical away day, the moment it becomes real, and the point of no return.

There are also reasons that have nothing to do with football. As a port city, Liverpool was an absolute powerhouse in the industrial age – long before William McGregor thought it would be a nice idea if twelve ‘Football League’ teams played each other twice a year. The Victorian era, which saw a boom in the international trade of luxury goods such as sugar, tea and tobacco, benefited Liverpool greatly.

Manchester, naturally, was a city with its own industrial presence, and while it did not have a huge riverfront acting as a corridor to the Irish sea – and, by extension, the Atlantic – it had its own unique selling points. Famed mostly for its cotton mills, its location was far more convenient when it came to logistics. Within grasping distance were other prized assets: Macclesfield silk, Nottingham lace, Nantwich salt – not to mention the coal-rich corners of Yorkshire just across the Pennines.

As a bigger city with closer ties to London, its growth ultimately accelerated that of Liverpool, and having subsequently gained much more in the way of investment, Liverpool was made virtually redundant as a city by the end of World War II. Naturally, as a trading hub and naval stronghold, it was a prime target for the Luftwaffe, and never truly recovered from the devastation it suffered.

In the 1970s, there were scarcely any worse places to be than Liverpool. Unemployment was at a once-unthinkable high, but a man by the name of Bill Shankly managed to give the red half of the city some reason to cheer. Taking over the reins at Anfield while Liverpool were languishing in the second division, Shankly was, in many ways, the original maverick. His training regimes were more relevant than anything any other footballer had experienced, and most notably, he limited sessions to ninety minutes.

The sight of players laboriously running cross-country courses were gone, and in came ‘shuttle runs’ – which were far more relevant to how players move during matches – and seven-a-side, to ensure that concentration and fitness was at an all-time high. There were other micro elements (such as warming-up, cooling-down and interchangeable studs for all conditions) brought into the training regime.

By the end of 1973/74 he had added three First Division titles to the Anfield trophy room, two FA Cups and the UEFA Cup. In 1974, he handed over the reins to Bob Paisley, and it was a seamless transition, with Liverpool winning an average of 2.2 trophies a year, and 0.33 European cups per year, under his nine-year tenure.

In 1983, Joe Fagan became Liverpool manager, having been earmarked for years under the novel ‘Boot Room’ system that has made its way into Anfield folklore. The success continued, with a fourth European Cup win in 1984, and several more league titles. By 1990, the Reds had won the top-flight title a staggering 18 times, and it seemed as though Liverpool’s dominance would never end.

It was around this time that Sir Alex Ferguson was experiencing some testing times. The Red Devils were marooned on seven league titles, and had suffered a number of failed title challenges. 1991/92 was perhaps the most galling, with Liverpool on the wane under Graeme Souness and Arsenal showing inconsistency. United lost the title race to Leeds, but their wait was delayed but a year, with young star Ryan Giggs being a major driving force in 1992/93, as United scooped the inaugural Premier League title. 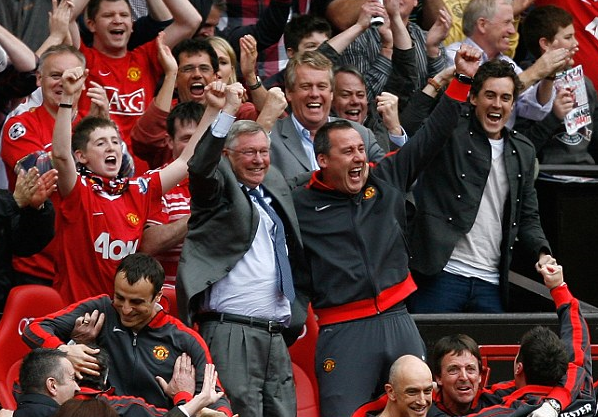 Over the next three years, he would be gradually joined by others – Gary Neville, Paul Scholes, Nicky Butt, and later David Beckham and Phillip Neville, and form the nucleus of youth talent that would become known as ‘Fergie’s Fledglings’. However, it was not just Sir Alex Ferguson’s desire to blood youths at the right time which brought success.

In addition to his ferocious passion in the dressing room and on the touchline, Sir Alex would bring in players that not only had the skills necessary to keep United at the top, but also the win-at-all-costs characters he desired. Midfield general Roy Keane arrived in the summer of 1993, and perhaps typifies that profile with the greatest aplomb, and Ferguson was also unafraid to explore beyond the white cliffs for superlative talents.

The mid-1990s were all about French striker Eric Cantona, who was completely unplayable on his day. His exploits provided the blueprint of how foreign flair and native hardiness could be blended to devastating effect, setting United up for more success in the late 1990s, even after his retirement.

In 1999, Manchester United famously completed a ‘treble’, winning the F.A Cup and Champions League on top of the Premier League.

The 2000s proved almost as fruitful, with Ferguson managing to best main rivals Arsenal and Liverpool time and again with his faithful core of brothers, and resist the impact of mega-rich Chelsea’s short-lived monopoly over the title. A second Champions League win followed in 2008.

With Wayne Rooney and Cristiano Ronaldo at the front, and a powerful defensive partnership of Nemanja Vidic and Rio Ferdinand in front of Edwin van der Sar, Sir Alex’s influence in the transfer market never waned. Nor did his eye for skill, and it seems like too much of a coincidence that United have since experienced the depths of seventh place following Sir Alex’s retirement.

In 2013, United won the title for the 20th time, having already equalled Liverpool’s total in 2009 and bested it in 2011. A quite-unthinkable feat three decades ago, but one done with apparent ease by United’s never-to-be-equalled manager.

If that isn’t grounds for hatred, nothing is.