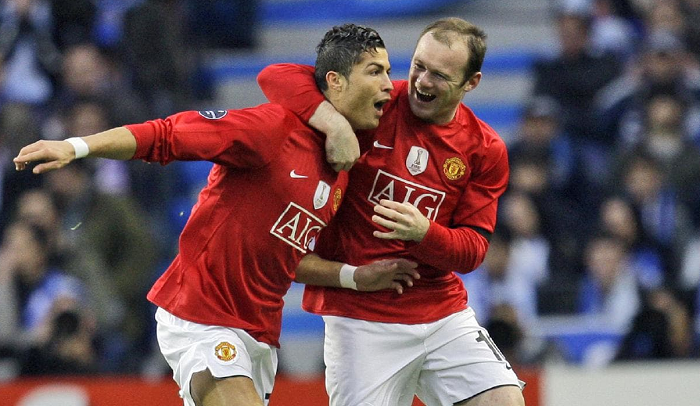 Manchester United’s history has been filled with legendary players. Every one of them is well-known to the football world and respected by all teams, even the biggest rivals. Those legends have played a very big part in United’s history with winning trophies. Players George Best, Wayne Rooney, Cristiano Ronaldo, Paul Scholes, Ole Gunnar Solskjaer, and Ruud van Nistelrooy have been the forefront of many victories and trophies that made Manchester United one of the most decorated teams in the UK.

There were times when scoring goals for these players was so easy, that even the betting sites were not accepting any bets because it was so obvious. Some other online bookies, especially online sites have seen that as a way to attract new customers.

Free bets & betting promotions were open for play, as a way to popularize their business. And it was successful. The situation was a win-win. The customers were betting at easy odds, and the online betting sites were becoming larger and larger in their reach. As of now, Cristiano Ronaldo, as a former Manchester United player has a 17/1 chance to win the Ballon d’Or. It is interesting to mention that there are open odds for Zidane as a possible future manager for the Red Devils, and his odds are 100/1. Manchester United’s odds to win the 2019/2020 Premier League are 40/1. Manchester United is also the number 1 team to win the Europa League, with a chance of 11/2. If you want to try your luck, you can find these odds and free bets at freebets.uk.

Let’s take a look at United’s all-time top scorers, and biggest legends. These players are partly responsible for the reputation the club enjoys these days, and will surely be remembered and written in the club’s history. The list will describe the top 5 scorers, as well as some honourable mentions.

The 5th place is shared between George Best and Dennis Viollet. These two legends scored 179 goals during their time in Manchester United. Dennis Viollet played for United from 1952-1962, and in those 10 years managed to play 293 games. George Best is one of United’s most problematic players ever. He played for 9 years, from 1963-1974, scoring the same amount of goals as Viollet, but in 470 games.

Jack Rowley grabs the 4th spot on this list. Rowley played for United for 18 years, and he is a true legend. The player managed to find the back of the net 211 times in his 424 total games for the club. Jack Rowley was a United player from 1937-1955.

Denis Law is a Scottish player that wore the red jersey for 11 years, from 1962-1973. He was a deadly player when it comes to scoring goals. This player had 237 goals in 404 appearances for Manchester. He was active in the same time-frame as George Best.

The legend himself is 2nd on the all-time list. Sir Bobby Charlton is regarded as one of the best players of all time. He was a part of the English team that won the World Cup in 1966, and he won the Ballon d’Or. He was also one of the few survivors on the Munich air disaster. This legend scored 249 goals in 758 appearances from 1956-1973.

Possibly the greatest striker to wear the United jersey. Although he is still active in the MLS, he played his last game for Manchester in 2017. During Manchester’s period of dominating the Premier League, he collected the PFA Players’ Player of the Year. Wayne Rooney is the greatest goal-scorer in United’s history, netting 253 goals in 559 appearances from 2004-2017.

We cannot end this article without gracing it with some other legendary players. There are some honourable mentions like Paul Scholes who scored 155 goals in 719 appearances, Mark Hughes with 163 goals in 467 matches, and of course, Cristiano Ronaldo with 118 goals in 292 appearances.

Out of all the players on this list, some even managed to win the Ballon d’Or. As mentioned earlier, Sir Bobby Charlton has won the prestigious award. But the complete list includes George Best, Denis Law, and Cristiano Ronaldo.