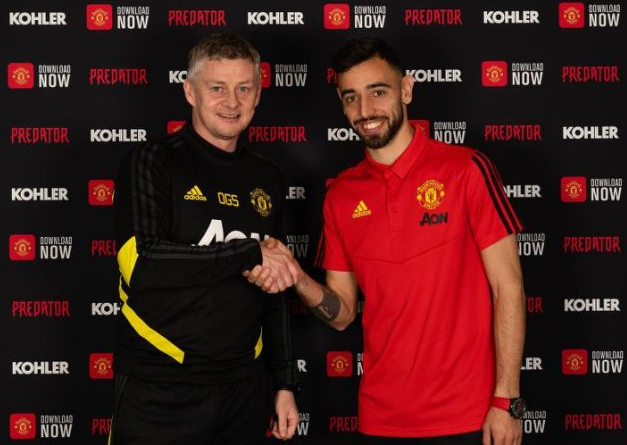 For the past several seasons, Manchester United have been hoping on certain signings becoming leaders and bring success to the team. From the transfers of Alexis Sanchez, Romelu Lukaku, Paul Pogba, Harry Maguire etc fans have been expecting massive changes and United to bring back the days of old which haven’t come.

The latest signing this week, as reported on Football Direct News is highly touted Bruno Fernandes , the central midfielder has taken the Portuguese League by storm and has signed for an initial £44 million plus additions.

Where will he play?

The statistics of Bruno Fernandes are some of the best in Europe for a central midfield position, albeit against a lower standard of opposition. This season he has averaged 3.1 key passes in attack and 3.5 shots, with this, we expect him to play higher up the pitch or even behind the main striker. As Marcus Rashford is currently injured this would be with Anthony Martial in an almost number 10 role.

Being behind the main striker or slightly up field will also play into his qualities of being in space between defence and midfield. His amazing passing and through balls will be sure to create chances, something Manchester United haven’t quite got into the routine in the league. In this season alone he has scored 15 goals from a central midfield position.

Fernandes could also be used in a narrow 4-2-2-2, a 3-2-4-1 or any other attacking midfield role. Either way this will be beneficial for the club. This season the Manchester United team have had an inability to create chances against defensive teams, Fernandes should change that.

The ability to shoot from outside the box is also something that he brings to the Manchester United team. No other player has scored more than one goal outside the area this season which is a remarkable statistic. Paul Pogba is our only other player in midfield that has good shooting ability and it is added quality that the team desperately need.

Additionally his ability to take free kicks is something that Manchester United fans will be excited about. At the moment we have relied on Marcus Rashford and although he does score some wonder goals, consistency is the key and the Portuguese International will bring that.

Can We Qualify for the Champions League?

One of the main reasons Bruno Fernandes was brought in right before the transfer window closes was with the Champions League qualification a top priority. Whilst the team currently lie in 5th, the team above Chelsea, have 6 more points and arguably an easier fixture run in. If Bruno Fernandes finds his form and adapts to the Premier League style of play then fans will be confident. Whilst signing one player doesn’t turn a club around, Fernandes is quite possibly a player that can do that. We at Truly Reds are hoping so anyway.

What are your thoughts on the new signing, will Manchester United qualify for the Champions League?

In case you haven’t seen him in action, here is one of the better videos we have found: