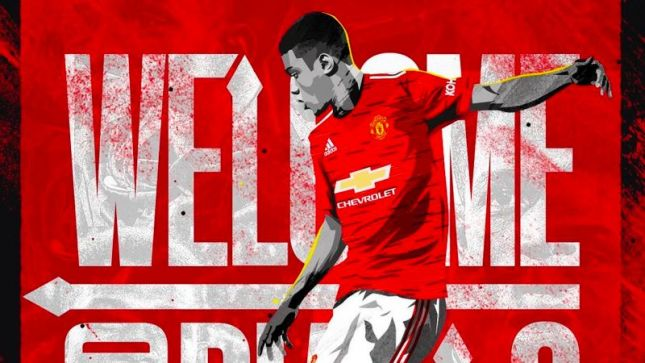 The transfer window for the 2020/21 season in England has already closed, and offers have been made in a bid to strengthen squads. One of the founders of the English Premier League, Manchester United, were keenly involved in the winter fair, where defenders and forwards are sold.

The most expensive and, I’m inclined to believe, most valuable purchase for the club this winter was the Atalantan winger Amad Diallo. This was mentioned on the bookmaker-ratings.com website. Interestingly Parma had a claim to the Italian Team’s forward – the teams had even signed an agreement – but as soon as Ole Gunnar Solskjaer had spoken with Amad, the talented footballer became yet another to join Manchester United. The 18-year-old athlete from the Ivory Coast cost the British side € 40 million. The contract is valid until June 2025.

The Red Devils chose to make strengthening their defensive line a priority during this transfer window, and their roster will also be replenished with the return of right-winger Tahit Chong, who has been on loan to Bremen.

Tenth place on this list goes to Nemanja Matić. The transfer of the defensive midfielder from Chelsea cost the Mancunians € 44.7 million. He currently plays in the first team.

The Englishman Rio Ferdinand was signed by the club in 2002 for € 46 million. The footballer bore the team’s colours for 12 years, during which Manchester United won six Premier League titles, the Champions League, and a total of 19 trophies. Ferdinand played 454 matches for Manchester United, scoring 8 goals. The position for the club’s eighth most expensive signing belongs to him.

In seventh place is Aaron Wan-Bissaka. The wing-back moved from Crystal Palace to Manchester United in 2019 and is considered one of the strongest and most promising full-backs of the Premier League. The footballer cost € 50 million, an amount that is much more in the transfer market than its actual value.

Fred from the Ukrainian team Shakhtar Donetsk is the sixth most expensive signing for Manchester United. The transfer of the Brazilian defensive midfielder in 2018 cost the British team € 59 million. The footballer proved his worth and pleased his new team with his high-quality game in the European arena.

Anthony Martial sits in fifth on the list. The French striker joined the English team in 2015 after the club bought him from Monaco for € 60 million. Antoni played 250 matches for the team, scoring 78 goals.

The fourth most expensive is Ángel Di María. Manchester United paid Real Madrid € 75 million for him but the Argentine played only one season at the club. In 32 games, he scored 4 goals and made 12 assists. This unconvincing performance, coupled with the athlete’s desire to change clubs led him to move to Paris Saint-Germain for 63 million euros in 2015.

Romelu Lukaku was the third most expensive and highly sought-after player for Manchester United. Everton was paid € 84.7 million for him in 2017. The Belgian striker played 96 matches for Solskjaer, and scored 42 goals. In 2019 he became a player for Italian Inter Milan.

Harry McGuire is not only the second most expensive player for Manchester United, but also one of the ten most expensive footballers of all time. His career at the club began in 2019. The six-year contract with the Englishman cost the Red Devils € 87 million, which they paid to Leicester.

The renowned Paul Pogba is the most expensive signing by Manchester United. The club paid Juventus € 105 million for the central midfielder in 2016. As part of the Manchester United team, the Frenchman has already played 142 matches and scored 31 goals.