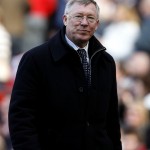 There’s an old saying in football that a manager earns his money during the half time break. Many more attributes are obviously required in order to be consistently successful but the ability of a manager to lift his players to another level, read the oppositions game and correctly tweak his tactics is invaluable.

Manchester United and most knowledgeable fans have known and appreciated that fact for many years because Sir Alex Ferguson has done it time and again during his career at Old Trafford. The ones who still need to acknowledge it are the many fans of rival clubs, who possibly through envy, despise everything about him.

This season is a perfect illustration of that invaluable ability. Following the 3-1 victory at The Emirates on January 31st, Manchester United were lying 2nd on the table on 53 points, just one behind leaders Chelsea. Here is the most revealing statistic however, if the 24 Premier League matches played until then had finished at half time, United would have been struggling in 5th position on 38 points.

Those turnarounds secured an additional 15 points in the second half of games. Had United failed to do so in just a quarter of them, the Premiership title would have been to all intents and purposes out of reach by the beginning of February.

As the table stands after the 3-0 victory over West Ham at Old Trafford, Ferguson has again taken United to within one point of Chelsea with 10 matches still remaining.

There have been other managers over the years who were able to salvage a result after falling behind in the first half but nobody has been doing it so constantly over so many years as Fergie has.

It’s an invaluable asset to have, one that can very easily be overlooked. Late and injury time equalizers or winners are often seen as ‘lucky’ goals but are they? “Fergie time” has become part and parcel of football vocabulary amongst rival fans in the last few years ignoring the fact that when decisive goals are pulled out of thin air as often as they are by United, it’s never simply a matter of good luck.

Should Manchester United be crowned Premier League winners in May, remember that  most of those second half fightbacks earning valuable late, late points were masterminded by Sir Alex Ferguson…yet again!

What do you regard as the most dramatic late show by United?

Was it that night in Barcelona? It has to be difficult to go past if  for no other reason than the fact that it was such a momentous occasion. What about the Michael Owen injury time winner in that 4-3 derby against City? Or the Federico Macheda debut winner against Villa last season? Which one is yours?