The memories of a seven year old child normally last a lifetime as  Manchester United supporter Jonathan Howcroft can testify after meeting one of his childhood heroes thousands of miles away from home. Denmark international Jesper Olsen spent four years from 1984 at United winning an FA Cup in his first season, before settling in Melbourne with his family following a serious injury which forced his retirement in 1992.

As a child making his first visit to Old Trafford in 1987, Howcroft has retained vivid memories of watching Olsen in the famous red shirt. As fate would have it, the two met again in Melbourne nearly a quarter of a century later where Howcraft is now also residing and the 49 year old Olsen is assistant coach at new A-League club Melbourne Heart. Howcroft takes up the story.

Saturday, 12 September 1987 was just another matchday for Jesper Olsen but for an awestruck seven year old attending his first game of professional football it was anything but. The impression left by Melbourne Heart’s assistant coach has endured for more than 20 years and his presence at the fledgling club should be cause for great supporter optimism. 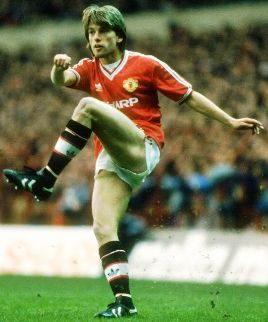 On a slate grey English afternoon, United’s Manchester and Newcastle drew 2-2 in a game memorable to most for the presence of a young Paul Gascoigne. Not for me though. My attention was held by Jesper Olsen, a bandy legged Dane patrolling Manchester United’s left wing. He scored one, created another and left a lasting impression.

When I spoke to Olsen recently he couldn’t remember the details “we played so many games at that time it’s hard to remember every match but I remember the hype around Gascoigne and playing Newcastle was always a big game.” Olsen’s career took off as part of a gifted Ajax side of the early 1980s – a side containing his hero Johan Cruyff.

As Olsen told me “I always followed Johan Cruyff, from the early ’70s. I also used to watch Gordon Hill at Manchester United – he played on the left wing and he was the same size as me. The Germans also had some great players too in the 1970s like Wolfgang Overath. But after following Cruyff from afar and then to end up playing with him was a fantastic experience.”

Ajax was crowned Eredivisie champion during Olsen’s first two years with the club and was so dominant that he and Cruyff had the freedom to cement their places in football folklore. In 1982, while already leading Dutch rival Helmond Sport, Ajax won a penalty. Shunning conventional wisdom Cruyff chose not to shoot from 12 yards, instead rolling his penalty kick gently to his left for Olsen to dash onto, side foot back to his captain and stroke beyond a bewildered goalkeeper. Style, impudence, execution. Olsen had arrived.

As Jesper explained to me “It wasn’t rehearsed. We probably practiced it about three months earlier in training but then didn’t talk about it for months. In the game I didn’t have anything to do with it until Johan said ‘let’s do it’ and that was it. Typical of Johan, it was something different, something that hadn’t been done and it was great to be part of that as it all went as it should.” 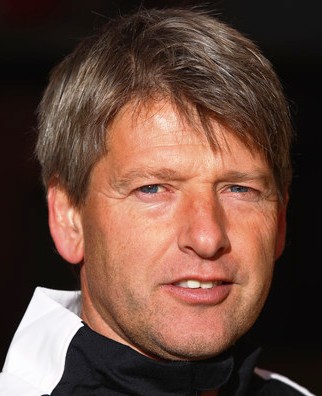 Olsen moved on to Manchester United where he won an FA Cup in 1985. A year later he was part of Denmark’s most successful World Cup campaign, reaching the semi finals. Unfortunately though, Olsen’s time at club level was not studded with major trophies as first Ron Atkinson and then Alex Ferguson failed to establish United as a serious rival to domestic superpower Liverpool.

Even worse for Olsen was the primitive nature of English football at this time. The slightly built creative was always at a disadvantage in a league that failed to adequately penalise opponents at ease committing grievous bodily harm. Olsen made over 100 appearances for United during the 1980s but his career never really delivered on the promise shown in his blistering early days at Ajax.

Not that Olsen looks back with any regret. “Sometimes it can work well from the beginning, sometimes it takes a while. For Sir Alex Ferguson it was years before everything came to fruition and luckily he was given the time because he changed the whole club around. Nowadays there isn’t as much time but with hard work, the right players and a clear idea of where you want to be on the pitch you can do it. Here, John van’t Schip is already doing that and we’ve already seen what we can do despite only being together a short time – it’s exciting.”

After retiring, Olsen made a successful return to the game in a number of commercial roles. In 1994 he co founded Proactive Sports Management, a player management agency that would become one of Europe’s largest and in 2003 he relocated his young family to Melbourne to lead Proactive’s operations in what was hoped would be a fertile new market. “We always like to try new things and do things differently and if it hadn’t worked out we would have had a great experience and gone back home. That was seven years ago.”

Olsen is now an assistant to former Ajax teammate John van’t Schip at the A-League’s latest franchise Melbourne Heart. Expectations are high around the club despite their sluggish start to the season, and Olsen sounds sincere when he suggests Heart is not there simply to make up the numbers. “We want to be at the exciting end of the table and hopefully play exciting football and bring something new to the A-League.”

Jesper Olsen will shape my early experience of the A-League, just as he influenced my first taste of English football. Shortly after our encounter in 1987, the red and white team he represented went on to dominate their domestic league. Olsen’s new employers at Melbourne Heart must surely be dreaming that the same level of success can be repeated.

It’s a lovely story from a young man who remembers his first experience at the ‘Theatre of Dreams’ to this very day.

Do any of our readers have memories of Jesper Olsens’ days at Old Trafford?

2 thoughts on “Jesper Olsen – From Manchester to Melbourne”