Despite a lifetime of football glory, Manchester United legend Sir Bobby Charlton has never forgotten how tough a miner’s lot can be simply because he came from a family of them – including his father. It therefore comes as no surprise that Charlton has issued an invitation to the 33 trapped miners in Chile with an invitation to watch United play at Old Trafford once they are freed. The release of those miners is inching closer following two months of being entombed underground with their rescue mission expected to be completed by the weekend.

Charlton’s invitation has been confirmed by a Manchester United spokesman who said that “The club will do whatever we can to welcome them and arrange to meet the players.” World Cup winner Sir Bobby, 72, recorded the invitation in a message sent to the miners. A relative of one of the trapped men explained that “They are all massive football fans so definitely plan to go.” 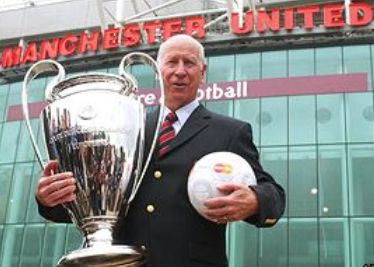 Robert Reyes, whose uncle Mario Gomez is the oldest of those trapped, lifted the lid on the invitation after a rescue shaft, that was expected to take until Christmas to drill, reached the miners on Saturday. He told how Mario, 63, who has been battling lung disease in the cold, damp conditions nearly half a mile underground, has now postponed a second wedding he promised his wife of 30 years Lilianet “My uncle is very excited.” Reyes confessed.

The miners will emerge as worldwide celebrities. Each will be issued with sunglasses to shield their eyes after being in the gloom for so long. After being reunited with their families, many of whom are camped at the mine, they will be airlifted to hospital. Every miner will receive an iPod as a gift from Apple founder Steve Jobs. They will also get £6,200 from a Chilean mining entrepreneur and a year’s free plonk from a winemaker. The 33 miners, who include one Bolivian, have been offered lucrative advertising deals plugging a beer called Kamikaze, choc bars, drills and a sex-aid vitamin pill.

There can be little doubt that the euphoria felt by each of them as they are dragged out of that long, dark tunnel will be matched by their elation when they eventually emerge from the players tunnel at Old Trafford.

Do you welcome Charlton’s invitation to the Chilean miners?