Having been a lifelong, avid book reader, primarily football autobiographies of course, the release of Sir Alex Fergusons new book “Football Bloody Hell” scheduled to hit the shelves this week already has me salivating. It’s a book that has been anxiously awaited since Fergusons “Managing My Life” a decade ago and if a preview written by Andy Mitten for the Manchester Evening News is any guide, it will be sitting on my bookshelf the minute it hits the stores.

Mitten revealed that “Jose Mourinho’s obvious enthusiasm for management in England is down to Sir Alex Ferguson. Mourinho was a lowly assistant to Bobby Robson at Barcelona in 1996 when a United delegation, including Ferguson, flew to Catalonia to sign Jordi Cruyff. Robson had been telling the young Mourinho how a coach in England was much more hands on. 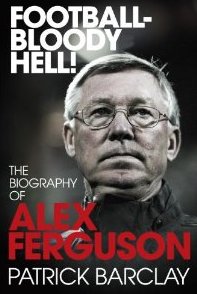 “In Portugal or Spain, it would not be normal for a coach to be involved” recalls Mourinho in Patrick Barclay’s new biography of Sir Alex Ferguson, published this Thursday. “I realised that England was different. It was a perfect example of what Bobby had been telling me. Fergusons ideas were very clear” adds Mourinho in Football Bloody Hell.  “He was fighting hard for his club. And an understanding of that dimension of management made me take an even greater interest in the English game, to fall in love with it even before I came.

I had always thought that the coach should not just do a training session a day, then go home and watch a couple of videos of the opposition and come in and do the same thing the next day. And here I saw the English style of management – and it was Sir Alex.” The pair went head to head eight years later when United drew FC Porto in the Champions League. United were leading in Portugal but lost the first leg with Roy Keane sent off.

“Most people thought Sir Alex was going mad about it after the game” said Mourinho “but for me – especially now that I have got to know him – he was not mad. He was starting to play the second game.”

It began in the tunnel. “He and I were walking to the dressing rooms at the same time and he was shaking hands with me but not looking at me because the referee was coming behind us and Alex was complaining in his Scottish accent about the referee’s decisions. I didn’t interfere. I just let him get on with it. At that moment, I think, he felt he was in trouble. Manchester United had gone into the game with respect, of course, but expecting to beat Porto. And now he knew Porto was a team of some resources too. 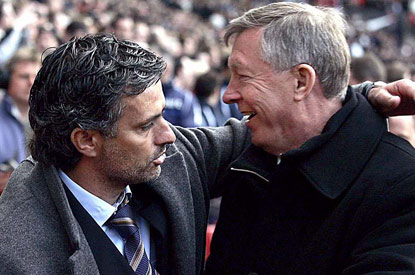 And so he started, as I have done all my career – and he’s the master at it – to play the next game before it starts. In this case he was trying to create an atmosphere in which his own team would want revenge. He went into the press conference, mentioned that Porto had won a few titles and said maybe we had got used to buying them at the supermarket! He was trying to put the knife into his own players while making mine – young boys mainly, unaccustomed to the Champions League – feel a little low, as if they had not deserved to win.”

Porto prevailed at Old Trafford to go through. Describing the pandemonium in the dressing room, Mourinho says “You would have thought we had won the World Cup and then there was a knock on the door. It was Alex with Gary Neville. As they came in everybody fell silent, respectful. The party stopped. The party was over. And as Gary Neville went round shaking hands with my players, Alex shook hands with me and said that after the press conference, I was invited to come to his office for a drink.”

“What a special person it was I thought, who would do anything to win but, if he lost, still do that. At that moment I made a decision. It was that if I ever came to England, I would follow this example.” Mourinho arrived at Chelsea soon after and his meetings with Ferguson became commonplace.

“Beforehand” said Mourinho “we would play our game with words.  Then there would be the game on the field. And afterwards – win, lose, draw – our tradition was to have a bottle of wine. He started it. He always had one in his office. So I decided it could not always be him and brought a bottle myself, a good one, Portuguese. And that started a competition. Who would bring the best bottle? Who would bring the most expensive? 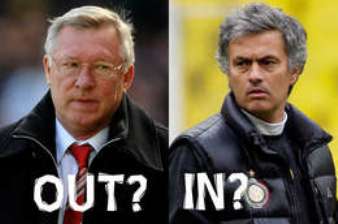 He came with a fine Bordeaux, I would retaliate, always with a Portuguese wine – and so it went on.” Ferguson can be magnanimous in defeat. As Barcelona celebrated their 2009 Champions League victory Thierry Henry was talking to Patrice Evra when the United manager walked over. “Well done” he told Henry “you deserved it.”

Yet as the inquest began, Ferguson let it be known that something had gone wrong with United’s preparation, something that could be put right if the sides met again. He did not define it. It was as Mourinho said. He was already playing the next game. In case fate was to bring United and Barcelona together again.

Henry speaks of the relationship between his former manager Arsene Wenger and Ferguson. “It was a good rivalry” he said. “I always compare it to a boxing fight. You have two guys trading insults and at the end, they embrace and say how much they respect each other. It’s the same when two teams are at the top. The respect was mutual, even though people thought we hated each other and were surprised we could shake hands or exchange shirts.”

That Henry thought Ferguson and Wenger were from the same mould is illustrated by a story he tells in Barclay’s book. Wenger had introduced young triallist Kolo Toure to the Arsenal first team and organised a small practice match. Henry took the ball up to Toure and, not expecting the visitor to know his tricks, tried one.

“Kolo took the ball, man, everything” said Henry “the ball soared into the air and was falling just out of play when Arsene trotted after it and snaked out a leg to control it. But Kolo was still running furiously and, as the boss trapped the ball, hit him as hard as he’d hit me. Arsene went head over heels. We all stopped and gaped. Then Arsene got up. He had this great big grin on his face. ‘Yes’ he said ‘I think we can go to war with this one’  and Kolo joined us.” It could just as well have been a former United player talking about Ferguson, Mitten concludes.

The obvious respect between the two super successful  managers must raise the sixty four thousand dollar question once again. With Ferguson certain to have much influential input into the decision to appoint his successor when the time finally arrives, is Mourinho the natural choice for the Old Trafford job?

Questions will continue to be asked whether despite his undoubted success, Mourinho can deliver the style of football a club like Manchester United historically demands. One answer may very well be that he has learned enough over the last decade to enable him to tailor his suit according to the cloth available.

After all, the recent result in the Champions League defeat of Valencia was ample evidence that despite concerns from some purists, even Ferguson has come to the conclusion that obtaining success with substance is preferable to suffering defeat with style. Some may see that as a defeatist attitude to the ideal formula of winning with style, others will recognise it as the harsh reality of modern day football.

Should I get off the fence and give my preference? Most certainly. I will take title number 19 above anything else, preferably under Ferguson because after his near quarter century at Old Trafford he deserves it, but if that’s not possible, I want it from Mourinho or anybody else that can deliver it – whether it’s with style or not.

Will Mourinho be a good replacement for Ferguson when the time arrives?