You’ve heard of Jimmy Greaves of course, everyone has even though he stopped playing nearly 40 years ago. Greaves was one of the greatest goal scorers England has ever produced which makes his recent comments in The People newspaper about Wayne Rooney being photographed smoking a cigarette quite interesting. And Roo is not the only current Manchester United player to enjoy having a puff as photos of Dimitar Berbatov and Federico Macheda clearly show. The world cup winner argues that it never did him any harm nor will it damage anyone else. In a piece titled “What’s so bad about Wayne Rooney having a fag?” Greaves presents a highly debatable point of view but guess what? It’s an opinion that this long time smoker  totally agrees with! 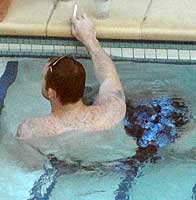 What’s so bad about Wayne Rooney having a fag? By Jimmy Greaves, The People “Well now we know that Wayne Rooney’s at it, Ashley Cole’s at it and even that nice Peter Crouch is at it, too. So I’d better come clean and admit that I was also at it, throughout my entire footballing career. Yep, just like several of England’s current bad boy footballers, I was a smoker. And while many seem shocked to have seen these well honed athletes puffing away on cigarettes, I can’t honestly say that it will do them any harm.

I started smoking on my first day as a Chelsea player when I bought a pack of five Woodbines. And I kept smoking right up until about three years ago – when it became apparent that the government had made it so difficult to smoke anywhere that it was no longer any fun. In fact, about 50 per cent of my team mates with Chelsea, Tottenham and England used to smoke. 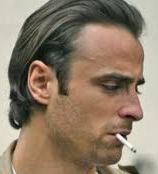 Team meetings at the 1966 World Cup at Hendon Hall were held in smoke-filled rooms. Myself, Ray Wilson, Jack Charlton and Jimmy Armfield all smoked. So did Bobby Charlton … before he collected his Sainthood! Alf Ramsey was a secret smoker. He would have a crafty fag well away from the prying eyes of the press and public back in the days when smoking was totally acceptable.

As a Spurs player, I used to room with Terry Dyson. He was such a chain smoker that he would frequently wake up at 3am for a drag. Bryan Douglas, the Blackburn and England winger, was also a prolific smoker. He always had a gasper hanging out of the corner of his mouth like Andy Capp in the old cartoon strips. And surely only the comical Chelsea team of the 1950s could have boasted a goalkeeper, Reg Matthews, who was such a nervous wreck that I think he had a packet of Players stashed away in the bag in the back of his net, to puff on while we were attacking.

Among other claims about Rooney’s private life last weekend was that he paid £200 for a packet of Malboros. Now as much as I loved a ciggie, I would have drawn a line at paying 200 quid – two weeks’ wages even at the peak of my earning! But if any other paranoid England players want to spend that sort of money on feeding their secret nicotine habits, then I’d be happy to set up a mail order business to supply them. 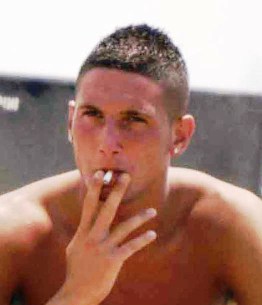 I’m surprised there is such a furore about players smoking. I’m convinced that cigarettes cause fewer short-term health problems than alcohol. And I can’t imagine Fabio Capello being too bothered about it, as smoking is far more popular among Italian footballers than English. During my unhappy spell with AC Milan, where we were treated like prisoners by our own club, smoking was one of the few things we were allowed to do.

The manager, Nereo Rocco, who I loathed with a passion, even asked me to bring him back an English pipe when I took a trip back to London. I did … and told him to stick it where the sun don’t shine! Alongside my England caps, FA Cup and European Cup Winners’ Cup medals, is my 1985 Pipe Smoker of the Year award. It was handed to me by the previous winner, Henry Cooper, at a dinner at The Savoy.

I loved smoking a pipe – here’s a picture of me in Sherlock Holmes pose while preparing for an England match with Bobby Moore back at the 1966 World Cup. And if I had a choice now between smoking a pipe or having a beer, I’d choose the pipe. The only problem is that it took two or three hours to smoke them – and, in this sanitised era, where would you be able to spend that length of time smoking? 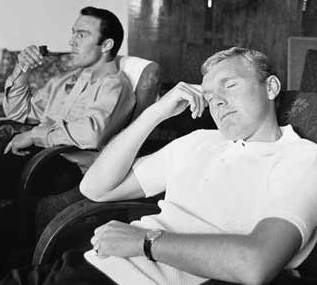 I can remember, in the days before Britain banned smoking in public places, being forced to eat a hamburger out on the street in San Francisco because I wanted a smoke. A bloody great articulated lorry stopped at the traffic lights and as it pulled away, it spewed about 5,000 cigarettes’ worth of smoke straight down my lungs. But smoking is taboo now, especially in professional sport. In fact, it’s become such a no-no to light up these days that even Rooney’s brass would give you a disapproving look.”

Those comments by Greaves reminds me of an incident which took place at an Australia vs Croatia friendly international at Melbourne’s Olympic Park in 1992 during a time when smoking had just been banned from all Australian sporting venues. As the Croatian team walked through the tunnel leading  to their dressing room, most of the players were happily puffing away.

When reminded that smoking was not allowed in the stadium, one of them said something in his native language with a big, innocent looking smile on his face while lighting up yet another fag. It was only after the game that Croatian-Australian goalkeeper Zeljko Kalac who had witnessed the exchange, explained that what the guy had told me was  “Please Australian Sir, kindly go and get f****d.”  It was a  response that still gives me a laugh after all these years!

Does smoking affect a players performance on the field?