Call me naive if you want, maybe even in denial, but I just cannot accept that the only unbeaten team in the Premier League, the one which largely dominated three of the five matches it somehow failed to win – four of them away from home, is already being written off as serious title contenders by some football pundits including many of its own fans! How can that be possible? Granted, points have been thrown away like confetti, wasted points that would now have Manchester United sitting on top of the table, but does it REALLY mean that all championship hopes have disappeared?

Of course it’s frustrating to watch one game after another slip through the fingers just when the precious points appear to be safely in the bag but that’s football and we simply have to accept its ups and downs. The season has a long way to go in which the reverse can happen just as easily when it really matters at the business end of it.

It must also be remembered that after eight matches, United has virtually been without its most potent weapon, for even when Wayne Rooney did get on the field, he was only a shadow of his normal devastating self. Then there’s England captain Rio Ferdinand who has only made two appearances in a defence which has given away so many late goals. Common sense dictates that these are factors which are highly unlikely to continue for the remainder of the season. 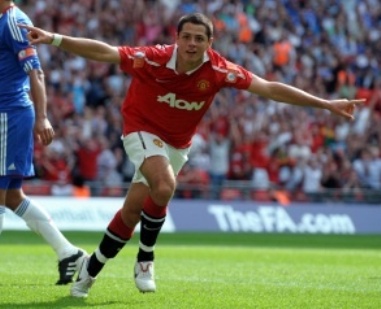 And what of the positives which are so often ignored by the doom and gloom merchants. New signing Chicharito has more than met everybody’s high expectations and will only get better as the season develops. Nani continues to be a revelation since he got his act together in the middle of last season and seems to be getting more influential with every game while Dimitar Berbatov is finally showing the reason why Sir Alex Ferguson has stubbornly refused to give up on his record signing.

End of season predictions based on what happens by the middle of October are ludicrous at the best of times let alone in a season which currently sees Liverpool in the relegation zone, newly promoted West Bromwich Albion surprisingly but deservedly vying for a Champions League position and fellow newcomers Blackpool only needing a home win over Manchester City on Sunday to join them.

Then, just to show how rapidly things can change in a league where unexpected results are now regularly expected, Chelsea have been left scoreless in two of their last three outings after starting the season by putting away 21 goals in their first five matches.

So please, enough of the knee jerk responses which some United fans are expressing such as “I don’t think new owners can solve the problem. Let’s advice Sir Alex Ferguson to retire and invite Mourinho to manage the club.” With all due respect to whoever it was that asked this question, are people like this for real? Or am I simply being naive and in denial?

Do you believe that Manchester United are out of the title race already?