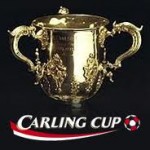 What can you say about the 22 year old kid? He comes to Old Trafford as a virtual unknown from Mexico for little more than peanuts, attracts recognition for his country at the World Cup in South Africa just a few weeks later and is now forcing hardened Manchester United fans to ask  ‘Wayne who?’ For the second time in 72 hours, Javier Hernandez managed to grab a late winner and again showed the foresight of Sir Alex Ferguson in plucking  the youngster from Guadalajara for a reported £7million transfer fee. If daylight robbery is a crime, Sir Alex should be jailed for the rest of his life. 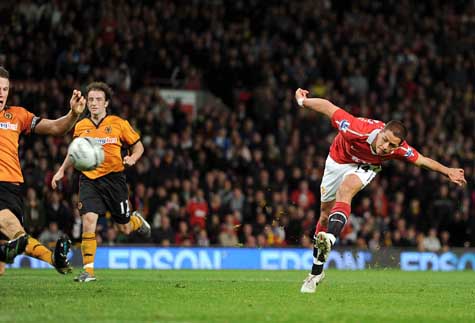 BBC Sport – Javier Hernandez came off the bench to score a last-minute winner as holders Manchester United earned a Carling Cup quarter-final place at Wolves’ expense. Hernandez had only been on for eight minutes when he settled a thrilling tie by firing in off Wayne Hennessey. Bebe had put United ahead on his first start with a deflected strike before George Elokobi headed in to equalise. Park Ji-Sung lashed home to make it 2-1 but Kevin Foley’s turn and low finish levelled again before Hernandez won it. It was an exciting climax to the game but perhaps harsh on the visitors, who more than played their part in a second half of wonderful end-to-end football. Full Report

Manchester Evening News – Javier Hernandez confirmed his status as Manchester United’s new hero with a brilliant winner to take the Carling Cup holders into the last eight of the competition. Hernandez came off the bench to secure victory over Wolves in the last minute of normal time and keep alive United’s quest to become the first side to win the trophy three times in a row. Bebe, the relatively unknown striker signed in the summer for £7.4million from Portuguese side Vitoria de Guimaraes, crowned a promising first start with a fortunate opening goal before George Elokobi equalised. Park Ji-Sung made it 2-1 to the home side but Kevin Foley hauled Wolves level again before Hernandez’s excellent finish. Full Report

Wolverhampton Express and Star – Wolves suffered last minute heartbreak as Manchester United dumped them out of the Carling Cup in the cruellest fashion. Goals from George Elokobi and Kevin Foley cancelled out strikes from Bebe and Ji-Sung Park in a pulsating second half which looked set for extra time. But substitute Javier Hernandez burst through with just 45 seconds of normal time remaining to win it for United. Wolves were more than a match with Matt Jarvis terrorising Wes Brown and Gary Neville to further stake his claim for an England call up Full Report

6 thoughts on “Chicharito is forcing United to ask ‘Wayne who?’”