Truly Reds needs your help. While doing a Google image search I came across this photo of the 1982 Manchester United Youth team. The problem is that only a couple of the youngsters can be identified. Fifth from the left at the back is certainly Norman Whiteside, next to him looks like Mark Hughes but I can’t tell who the rest of the boys are. United reached the final of the FA Youth Cup that year but were beaten by Watford following a 2-3 away defeat and a 4-4 home draw after extra time. The squad for that final may help jog some memories but it must be pointed out that not all members of that squad are necessarily in the photo. 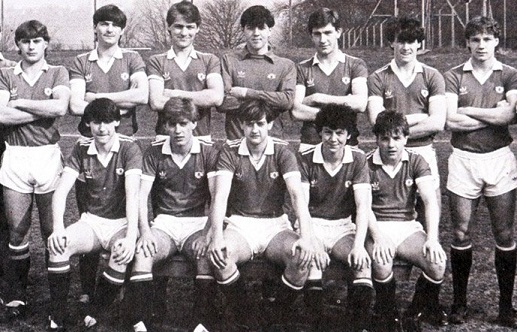 This is as far as we got up until now

Are there any veteran Manchester United fans out there who can help us identify these players?

11 thoughts on “HELP – If you know your Manchester United history”