It’s disappointing when former highly talented players become bitter as they age. Although he spent his best years in the blue of Manchester City, Mike Summerbee was a close friend and business partner of Manchester United icon George Best while he was also widely respected by most red fans. He now sadly seems to have developed a huge chip on his shoulder as he attacked the British media by claiming that it’s biased against his old club. That was just a few days after an embarrassing performance on Sky TV following United’s 2-1 win over City in which he confessed that “I did lose my temper a little bit”. Was that simply the frustration of yet another defeat at the hands of a hated rival or was it reflecting the strongly held bitterness felt by so many City fans?

That frustration is not hard to understand, any fan would feel it, but his bitterness may be directed towards the wrong party. Can he possibly blame the media or United for City not winning any silverware in the last 35 years? Who was responsible for his old club going through 23 managerial changes since he left what was then known as Maine Road? My apologies if that number is not spot on, there have simply been too many comings and goings in that circus!

When Summerbee bitterly complained in the Mail Online that “City do not get a fair press” he must not have even attempted to understand why? Two examples within a matter of 24 hours provides irrefutable, crystal clear evidence which cannot be denied by the most fanatical City fan. No attempted spin by discredited club CEO Garry Cook or Summerbee himself can change the facts. 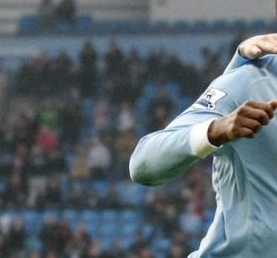 Clear, unarguable official attendances which proves once and for all that the wished for, Manchester wide support which City often claim to have, simply does not exist. How else can those numbers be explained?

Summerbee continued with his deluded, bitter rant in The Mail saying “‘What annoys me with the media sometimes is that they only see United. They go on as though we don’t exist and that annoys me” You can continue to be annoyed Mike but for goodness sake, don’t attempt to shoot the messenger.

The media does not owe Manchester City anything, the facts show ample evidence why there’s very little reason for it to pay serious attention to the blues while it can completely justify its heavy concentration on one of Europe’s major clubs.

If you’re bitter about that reality Mike, please direct it towards your old club for decades of failure together with it’s still unconvinced fans for their apparent refusal to support a belated, attempted revival despite the untold petro dollars being lavished on it by Sheikh Mansour bin Zayed bin Sultan Al Nahyan. At least THAT title sounds impressive!

Is Mike Summerbee justified in being bitter towards his old club?