News has broken in the United Arab Emirates that Manchester City moneybags owner Sheikh Mansour is preparing an outrageous £2 billion bid for Manchester United’s historic Old Trafford Stadium. Rumours that the ‘money no object’ Sheikh is prepared to pay this amount to the Glazer family have been filtering out of the Royal Palace for many weeks. If accepted, the deal would represent 140% profit on the £800m the Glazers paid for United in 2005.

“This £2 billion valuation doesn’t include the Blues “City of Manchester” stadium” declared a City spokesman. “That will be given to Manchester United free of charge – over and above our cash offer. Basically we are planning a straight swap. Manchester City will remain the same but will acquire all the structural trappings of Manchester United FC. We need a far bigger ground. It’s as simple as that”. Under the terms of the deal, Sir Matt Busby Way will be renamed the Colin Bell Boulevard he declared. 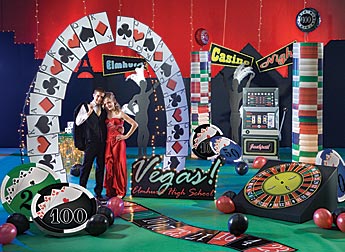 “The Sheikh is planning to develop Old Trafford into a world class tourist attraction to rival Las Vegas and Disneyland” said the spokesman “it will be surrounded by luxury hotels, shopping malls and a vast casino. Almost overnight, Old Trafford will become a lit up and glittering fun palace 24/7” he continued.

“The Glazers have known about this offer for months” claimed an Old Trafford insider “which explains why they’ve been doggedly hanging on waiting for their massive pay day.”

All eyes will now focus on the London stock market when it opens on Monday to see where this dramatic development is likely to end up. Nobody will be watching more closely than the thousands of anxious Manchester United fans.