Mark Bosnich spent a total of six years during two spells playing for Sir Alex Ferguson at Old Trafford giving him a good insight into what makes ‘The Boss’ tick. The former keeper is now a leading football pundit on Fox Sports which carries live coverage of every Premier League game in Australia. Writing for Sydney’s Daily Telegraph in the lead up to the seasons climax, Bosnich reveals what it is that continues to drive Sir Alex year after year.

Mark Bosnich spent a total of six years during two spells playing for Sir Alex Ferguson at Old Trafford giving him a good insight into what makes ‘The Boss’ tick. The former keeper is now a leading football pundit on Fox Sports which carries live coverage of every Premier League game in Australia. Writing for Sydney’s Daily Telegraph in the lead up to the seasons climax,  Bosnich reveals what it is that continues to drive Sir Alex year after year.

Bozza writes that “Manchester United stand on the cusp of one of their greatest modern achievements. Two games will decide whether or not they complete another double that, at the start of the season, even the most ardent of Red Devils supporters would have found hard to imagine. Defeating Chelsea at Old Trafford on Sunday would virtually secure a historic 19th league title, overtaking Liverpool’s record. It’s an achievement Sir Alex Ferguson set out to accomplish all those years ago. 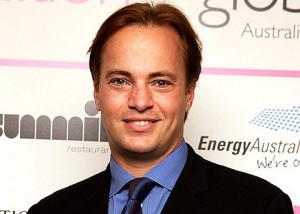 The second big match will come on May 28 when United face Barcelona in a much anticipated European Champions League final at the hallowed arena of Wembley – a place where in 1968 Manchester United memorably won their first European Cup under the tutelage of the immortal Sir Matt Busby who rebuilt the team and the club after the horrific air crash in Munich 10 years earlier.

The reason I would rate a double by the current United squad as the equivalent of any achievement attained by this great club is that it will have been accomplished with a team nearly all felt was not quite as glittering as sides of the past. Of course, there is the one consistent factor – the manager.

A man who has, over the years, evolved into a manager who has near mastered the art of juggling his players in a way that achieves the goals of keeping them fresh and winning games. Three ECL finals in four years are a testament to this. I will now take you through the finer details of some of the United manager’s methods.

The Hardman: Much has been written and said of Ferguson’s “hairdryer” and bullying nature. However, this is just another tool to use to keep all in line, as an example to others and, most important, to maintain control and power. If Sir Alex were to use it all the time, players would eventually get used to it and the familiarity would lead to contempt. Hence the dressing downs are used in a shock treatment way, which generally gets the response SAF is looking for..

Training Days: Rarely, if at all, would SAF actually take a session. This is entirely left to his assistants. He would sometimes not come out on to the training ground at all. Other times he would watch training for a little period before venturing inside. While he was out on the training ground he would observe intently, especially monitoring those returning from injury or players he thought needed a rest. For this his trust and reliance on the backroom staff has to be paramount.

Tactics: Tactics have never been Ferguson’s forte. And in all fairness, as he has always said to us, even as kids “Tactics do not win games, men do.” Which overall is right – the best tactics in the world won’t help you if you don’t perform well. However, against the better teams where the difference between individual players is negligible, tactics are important – like they will be against the superior passing team of Barcelona.

Here SAF has shown his versatility by choosing some very astute assistants like Brian Kidd, Carlos Queiroz and, more recently, Rene Meulensteen. He will pick their brains, learn from them, decide his own way and then deliver the pre-game talk, which he keeps as simple as possible. The assistants know better than to get ahead of themselves, else be given a private dressing down away from the players – or worse.

Pre-Game Talk: Again, this will be simple and concise, reminding players of their responsibilities on set plays, dangerous situations to be aware of, behavioural tendencies of the referee if Fergie feels he could be a problem – but most importantly, the total belief that “if we play to our own ability, then nothing will stop us from winning.” The team talks away from home are usually done at the hotel.

At Old Trafford they’re in the dressing room, unless the team has stayed overnight at a hotel for special preparation. Again, Sir Alex doesn’t make the talks too long and once he finishes he leaves the players alone to prepare themselves for the match. After the warm-up and just before you go out to play the match, he will return to the dressing room to shake everyone’s hand as they leave the dressing room.

Halftime: This is when it can get tricky if you are not playing well, regardless of if you are winning or drawing – but especially if you are losing. Again, quite simple, if Ferguson feels you are not doing your job he will single you out and tell you. If changes are to be made they are done with no fuss. If you are losing to an inferior opposition, veiled threats will be made, generally about the repercussions of not winning and playing better in the second half.

If you are winning and playing well, there will be little reminders again about certain things to be aware of, but that’s it. Ferguson is adaptable and able to roll with the situation as it changes. He does not always get it right, but as far as he is concerned he is never wrong. The force of his will be imposed no matter what.

Fulltime: Sir Alex enjoys his victories as much as anyone, unless it’s a poor performance against a weaker side and there is another game coming up in two or three days. If he has detected sloppiness he thinks will continue into the next game, no matter if the team won, harsh words will be delivered. If the result is a draw or loss, you would know there will be hell to pay and for two or three players – he would hardly ever single out more than that, it will be their day to cop it sweet.

Those who dare to stand up to him are shouted down eventually and risk being left out next game, regardless of how they have performed. So it’s best to just let Fergie unload. Do not put more petrol on the fire and he will eventually calm down. By the time the team gets back on the bus after an away game and he has had a few drinks with the opposition manager, the steam has generally stopped coming out of his ears.

All in all, Ferguson’s rules are not dissimilar to those of a martial arts dojo. Rule one – the master of this dojo is always right. Rule two – if the master of the dojo is ever wrong, rule number one applies. Sir Alex is master of his dojo. And his dojo is Old Trafford.

Was Bosnich unfortunate to be in Schmeichels shadow at United?