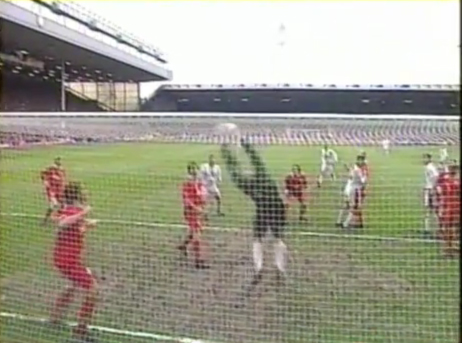 Season 1996/1997 ended with a disappointing surprise as Eric Cantona announced his early retirement from playing football – 30 years old that time- , but there were good moments that season such as United away title decider against Liverpool at Anfield.

On 19 April 1997, Sir Alex team traveled to Liverpool and a victory would give United the title on Merseyside before four weeks from the end. United were on top with 66 points with a game in hand while Liverpool had 64 points from 34 games. So for Liverpool it was a must-win game to keep their hope alive. Man United started with Schmeichel, Gary Neville, Johnsen, Pallister, Phill Neville, Beckham, Scholes, Keane, Butt, Cole and The King Eric Cantona. 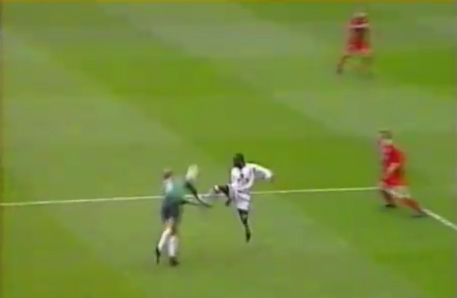 The final score was 3-1, a classic win for United and a happy moment for United fans who celebrated winning the league at Anfield, the home of our main rival. It was a nightmare for ex-England international keeper David James. His errors left his Club losing the game and the title and kept Gary Pallister and Andy Cole (who had unusual day by missing so many chances!) wondering and laughing from the way the ball went into the net.
We bring you back to those lovely moments;
Match Buildup with United Legend Steve Bruce and Liverpool Legend Emilyn Hughes,

5 thoughts on “When David James’ error awarded United the title”