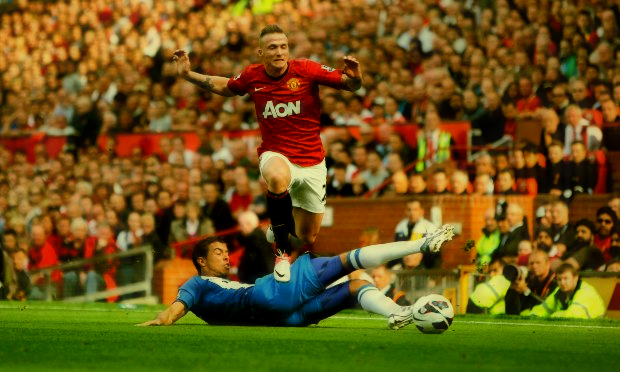 A 4-0 home victory against Wigan must be a great way to celebrate Rio Ferdinand 400th appearances, Paul Scholes 700 appearances in all competitions and Ryan Giggs 600 games in the Premier League. Sir Alex would be pleased to see his young kids Buttner and Powell scoring in their debut.

After a goalless first half, Paul Scholes broke the deadlock in the 51st minute. Hernandez is a poacher himself and proved his big asset when he turned a shot from Alex Buttner that was going wide into a goal in the 63rd minute. Al Habsi could do nothing!

Buttner got his sights set correctly three minutes later when the Dutch left back, in for Patrice Evra, capped his debut with a dogged run and finish. Another debutant Nick Powell, signed from Crewe in the summer, produced a shot that Scholes would have been proud of to complete the destruction in the 82nd minute.

How did you find the team?