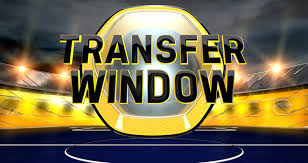 Wow! In a matter of days, Manchester United have lost the race on Thiago, submitted a bid for Cesc Fabregas, and now rejected a bid from Chelsea for Wayne Rooney. We will cover each story in more detail later on, but for now let’s run through a quick summary.

Thiago: So what happened here? Going by all the reports in the papers, Thiago to MUFC seemed imminent. Maybe he was going to Bayern Munich all along and we were always his second option.  After Bayern officially confirmed the signing, some papers in the English press made it out to be a case of United not really being interested, hence why we never made contact (There’s a point missed here which I will cover later).  However, Charlie Wyett, journalist at the Sun, said that when he and other journalists sat down with Moyes, when the topic came to Thiago, it was summarized as “interested but not a priority”.  The following Monday after Thiago’s transfer to Bayern, Manchester United submitted a bid for Cesc Fabregas.  So now we know who Moyes’ primary target is and it aligns with what Denis Irwin said a month ago.  Don’t worry, we will have more on Thiago. I’m sure I’m not the only one who found it strange for United to pass up on a player that we’ve been tracking for 3 years.

Fabregas: On Monday, Manchester United submitted a £25m bid to Barcelona for Cesc Fabregas.  It’s been the understanding that United listed Cesc and Thiago as targets with the idea that one of them would come to Old Trafford. Now that Thiago has gone to Bayern, the club has seemingly set its sights on acquiring the services of the Spanish midfielder.  Papers such as Telegraph, Times, and the Guardian would have you believe Manchester United are submitting the bid on the grounds that Barcelona need money. They reference the money spent to buy Neymar and that Cesc isn’t a first choice regular in the squad.  Further suggesting he would need more games to get into the Spain squad for 2014 World Cup.  If his involvement for Spain in Euro 2012 is anything to go by, Del Bosque is happy with the minutes he’s getting. Besides Valdes, Fabregas started the most games in La Liga this past season.

What’s important to know is that Fabregas said he wants to stay but apart from a Barcelona source referenced by the Press Association saying Fabregas isn’t “transferable”, the club haven’t made much of an effort to say he’s not for sale. They’ve just lost Thiago and I doubt they want to sell Fabregas in the same window. Personally, I doubt we’ll get him but if Barcelona are willing to sell the player, there’s a chance he might come to United.

Rooney: England’s Golden Boy who according to his camp is at “the peak of his career” looks to be on his way out of Manchester United. Sir Alex revealed back in May that the player had asked to leave and now after David Moyes’ comments to the media, Rooney is “angry and confused”.  What’s strange is that if you look at the full quotes of what David Moyes said it’s really not bad as the media are making out. Instead of telling you the full story, the media have taken Moyes’ quotes out of context.  Moyes stated that he wants to play both van Persie & Rooney together. His comments meant Rooney would take van Persie’s role and lead the line if the Dutchman got injured but not that Rooney would be on the bench or a squad option. Moyes also said that he sees Rooney as having a major role in the team because we need to score “as many goals as we possibly can.” It’s a shame because the media seems more interested in making Moyes look bad rather than providing the full context of what he actually said.  I think it’s clear Rooney’s camp are using Moyes’ comments as another opportunity to accelerate the move to Chelsea more than anything else.

Since Chelsea have now bid for Wayne Rooney, it doesn’t look like he’s going to be at Manchester United for much longer.  Chelsea have denied that any Chelsea player was offered as part of the bid and Manchester United have denied making up Mata & Luiz as part of the swap for Rooney. There’s more juice left in this saga and Chelsea will most likely come back with another bid. Mourinho has talked about Rooney on two occasions now and it seems he’s the one the Chelsea manager really wants.

BREAKING: Press Association stated that Ed Woodward is on his way back to Europe for “urgent transfer business” and it’s not about Rooney but an “incoming transfer”. What could it be? Time will tell.