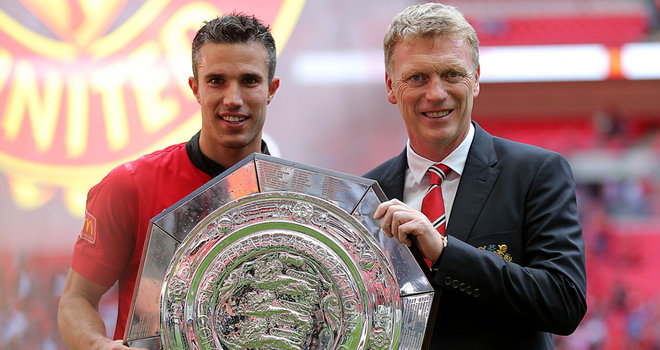 For a lot of Manchester United fans, David Moyes was not the first name that came to mind to replace the great Sir Alex but, since the appointment of Moyes, many fans have been won over by him and fully support him (as they should). Something that I as a United fan have thought about is how will we play football under the management of David Moyes. Through the SAF years, United have been known for their use of wide men, getting the ball out to the wings, stretching defences and providing consistent and high quality service to the strikers. Needless to say, Moyes would possibly play differently as seen at Everton. In recent seasons, Everton have used wingers as infield attackers, this has been seen through Pienaar and Mirallas who cut in more than a traditional winger such as Valencia. If this same sort of role is given to our wingers then I would say the best wing combination would be Nani and Zaha, their ability to take on a full back with speed and power would be well suited to this type of play as opposed to Valencia (who is largely one footed) or Ashley Young (who is not as physically strong as the other two wingers). If this is implemented well then we could see some great passing football from our players.

Another way United could possibly play (according to other fans but nonetheless still a point) is the poor and boring football known as route one. This tactic was played a lot when Everton played us as they put Fellaini just behind the striker and hit long diagonal balls for him to knock down to the other strikers. Should we get Fellaini, this would be a concern for United fans such as myself as we have always played exciting and attacking football. The introduction of route one football would be widely unpopular for pretty much all United as it has been branded as ugly and poor football and from a top class team like United, this type of play would be unacceptable. However, in my opinion, even if United did get Fellaini, this type of play would not happen. Firstly, David Moyes would know about the history of the club and the way we play and would not go against it and secondly, with Rooney looking to be staying and kagawa who can play in the no.10 role as well as other strikers, Fellaini wouldn’t be put in this type of position due to our many options for strikers.

Now on to some key fixtures in this first season that would be closely watch to see how David Moyes performs as a manager. Of course, the first game of the season away to Swansea will be a key fixture. Although some would argue that the community shield was United’s first competetive game of the season, Swansea is seen as the real first test for David Moyes. Swansea is a good footballing side and if United were to pick up anything but the 3 points, there would be critics having a party at the expense of Moyes. A win would also set the tone for Moyes and boost morale of players and fans alike which would be extremely beneficial for Moyes who is facing the greatest challenge of his life. It goes without saying that the matches such as the derby, Chelsea, Arsenal and Liverpool will also be watched with the strictest of eyes and if Moyes can get wins over Chelsea and City (our main title contenders) then I’m sure the fans will fully get on his side and a win against Liverpool would have his name sung out of every United fans mouth.

With this preview, I have mainly spoken about the way United would change in terms of playing style and briefly about some key matches. I for one would love it if we won the league this season and got to the final of the Champions League but, I wouldn’t turn on Moyes and be apart of the stupid ‘#MoyesOut’ trend you can sometimes see on Twitter, we are in transition and this will take time. David Moyes is a good manager and the only way he will succeed at a club like United is if he has the backing of every single fan. So let’s support our new manager and do what we as United fans do best: “Keep the red flag flying high, cause United will never die”

1 thought on “Season Preview: How will United play football under Moyes”