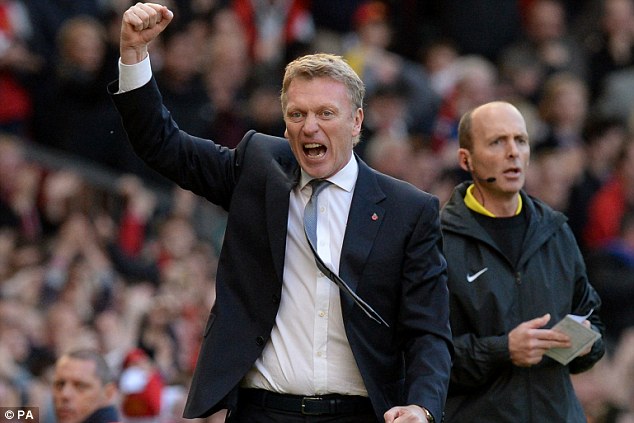 David Moyes may have recently relieved the pressure of the highly expectant United fans for now with a 2-1 win over Sunderland a few weeks ago; however the question remains, just how long might it be before the boos and the jeers start overclouding the cheers and United chants at Old Trafford?

The Theatre of Dreams has been a difficult place to remain patient at this season as Manchester United’s manager of 26 and a half years, Sir Alex Ferguson, retired at the end of last season along with one of their legendary all time players, Paul Scholes.

Therefore, every single United fan knew it would be a difficult task right from the off for whoever took the hot seat at Old Trafford and that is exactly what is has proven to be.

David Moyes stepped forward and after experiencing a successful run at Everton, he took over the reigns of the United horse and carriage. However, Moyes’ men only sit 9th in the Premier League standings. They had experienced defeat on three occasions in four matches before coming from behind to beat bottom side Sunderland, who had no permanent manager at the time, 2-1 to slightly redeem themselves.

Their poor start to the 2013/14 campaign is partly to blame on very little business in what was a poor transfer window experience for David Moyes. He chased and desired various attacking midfielders over the summer in search for someone to replace the legacy left behind by Scholes however it wasn’t until the very final day of the window that Moyes ushered in his former Everton star Marouane Fellaini for £27.5 million.

Fellaini so far though has failed to live up to the bill and has yet to score for his new club. United have also struggled defensively with Vidic and Jones making school boy errors leading them to conceding simple goals in recent matches. David Moyes requires a solution, step forward Borussia Dortmund’s Mats Hummels.

What is pivotal to Moyes is that the fans stay with him in what is highly likely to be a period of adjustment. Manchester United matches are attended by the most devout of the club’s support and they must be kept onside.

The burden of expectation at Old Trafford is intense for good reason. Sir Alex Ferguson built a dynasty of success over decades.

The Red Devil’s trophy cabinet is one of the most exquisitely stocked in the world; given the modest changes in playing personnel, it isn’t unreasonable to believe that a side that romped to win last season’s Premier League title should have another decent run out this term.

Cause for concern at this stage, may be somewhat unwarranted. Demand to watch United remains unprecedented. World Football’s Premier League home attendances table has United in pole position with Old Trafford gates averaging so far at 75,530 per game. Which would account for the increasing trend in favour towards online football tickets as a route to guarantee the best seats.

According to the Express, Manchester United have just recently joined Barcelona in vying to battle it out for the signature of one of the most highly rated central defenders in world football today, Mats Hummels. With the German possessing a £29.5 million release clause in his contract at Borussia Dortmund, this has sparked interest from the giants of the Spanish top flight and the champions of the English top flight.

Barcelona currently consider the 24 year old German to be the perfect replacement for an ageing Carlos Puyol who has played at centre back for Barcelona for several years now and with his career beginning to wind down at Barcelona, they are seeking Borussia Dortmund’s star commodity, Hummels as their long term replacement.

If David Moyes wishes to turn his fortunes around and get United fans firmly on his side, then he will need to bring in someone of the calibre of Mats Hummels. He is affordable for the Premier League champions and they will need to act fast or face a season of disappointment.