Manchester United’s 5-0 demolition job of Bayer Leverkusen was exhilarating and unexpected.  After dropping points to Cardiff City last weekend and Leverkusen’s home record in the BayArena, United’s chances of a crucial win looked improbable. Moyes’ United took advantage of Bayer’s naive approach as they secured qualification into the knockout stages.

The home side setup in a 4-3-3 versus United’s 4-2-3-1 where Son and Castro drifted in from wide areas to support Kiessling. Due to injuries, Ferdinand, Smalling and Evans formed the backline with Evra as captain. Fellain’s suspension and Carrick’s injury meant Giggs and Jones were paired in midfield with Kagawa starting in his natural role behind Rooney.  Nani enjoyed a return to the starting lineup while Valencia accompanied him on the opposite flank. 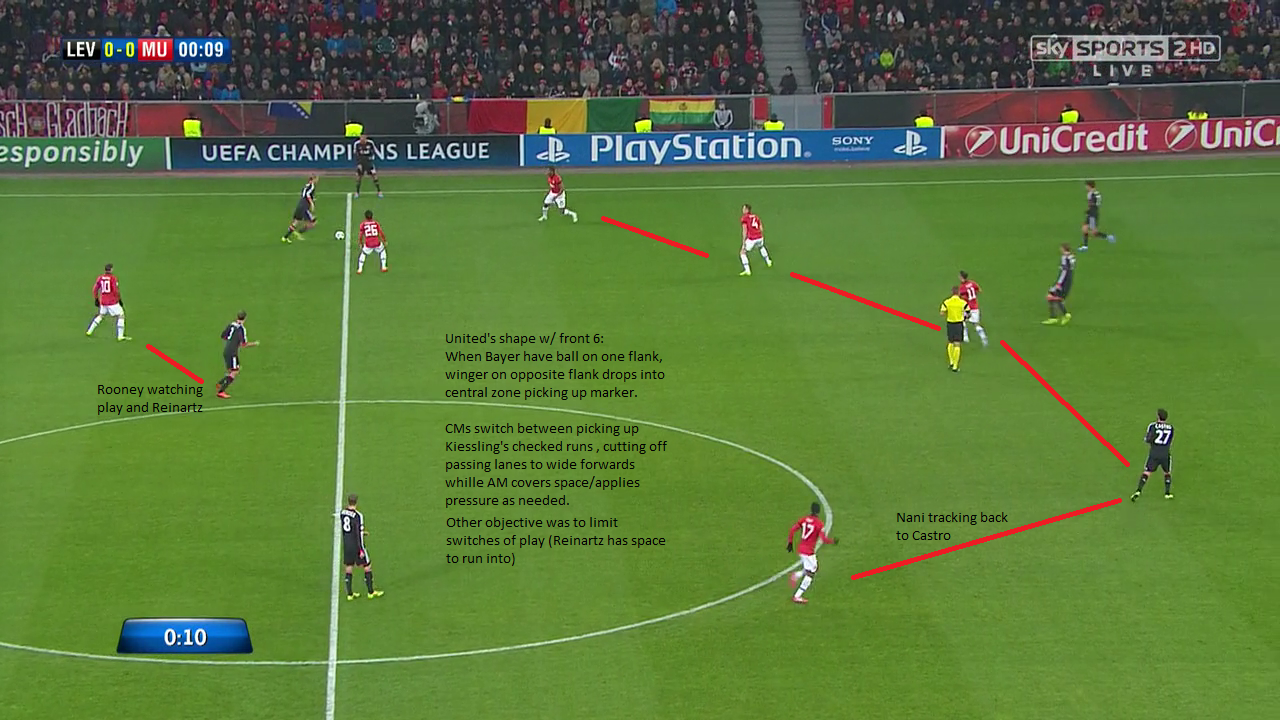 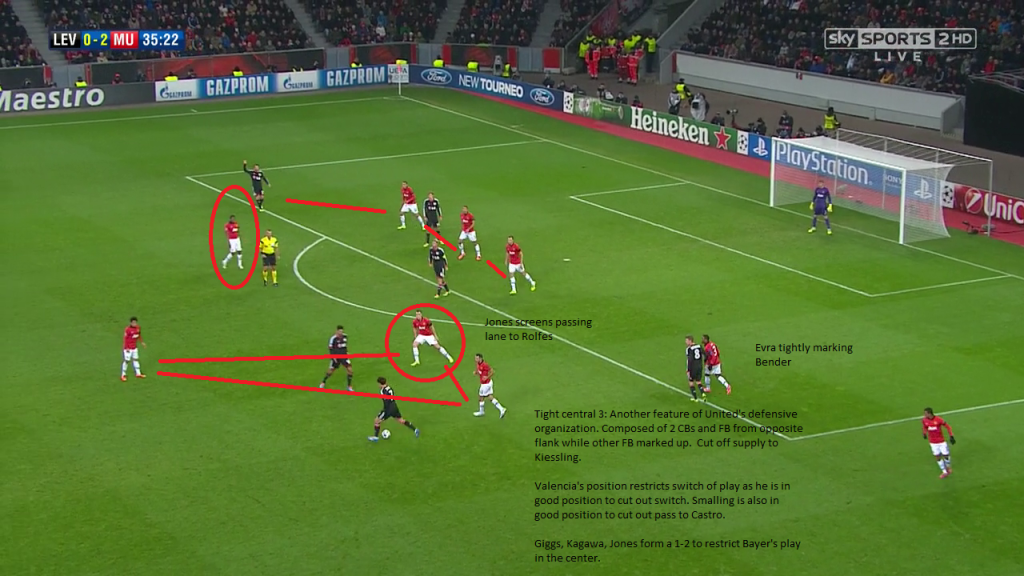 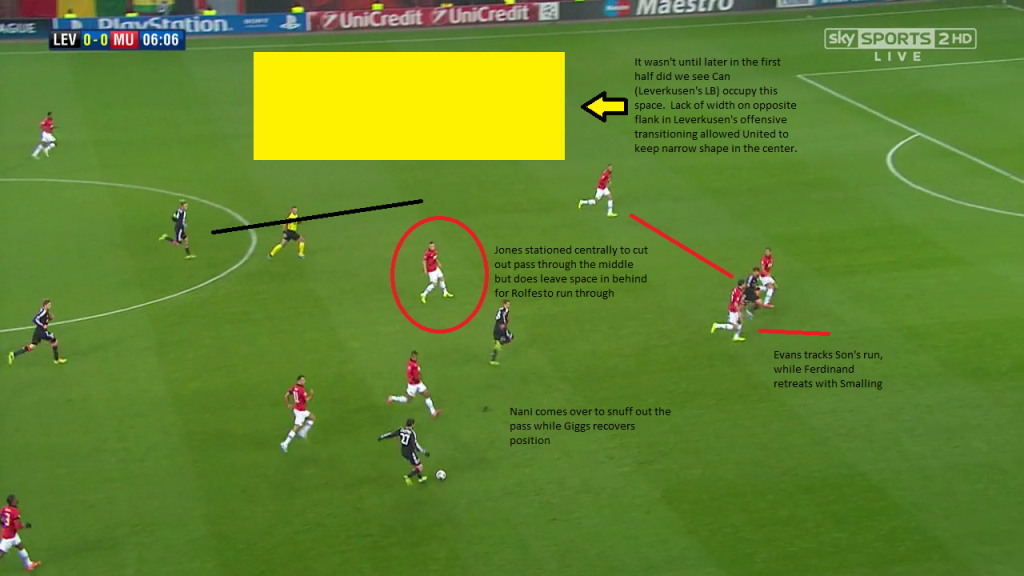 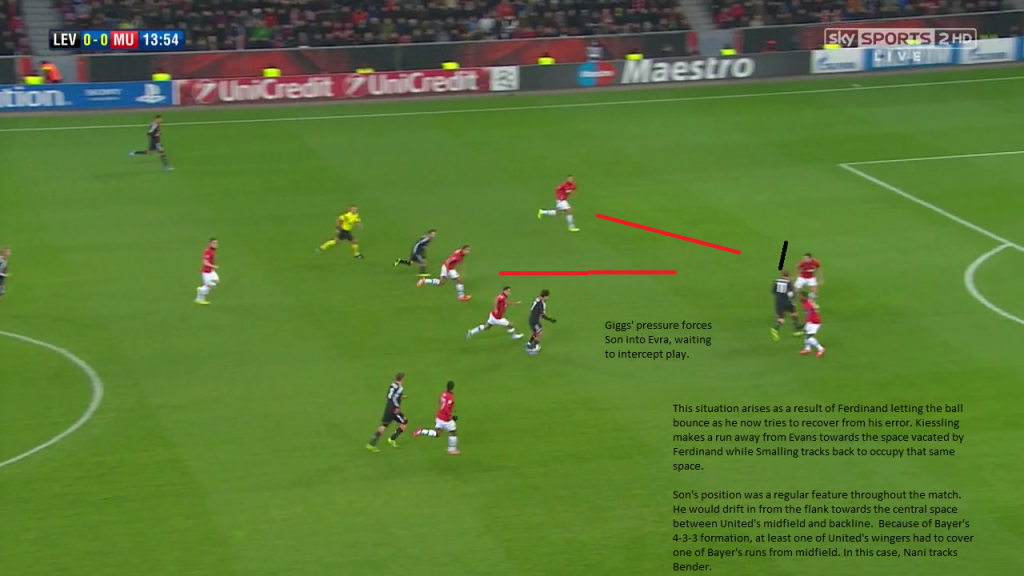 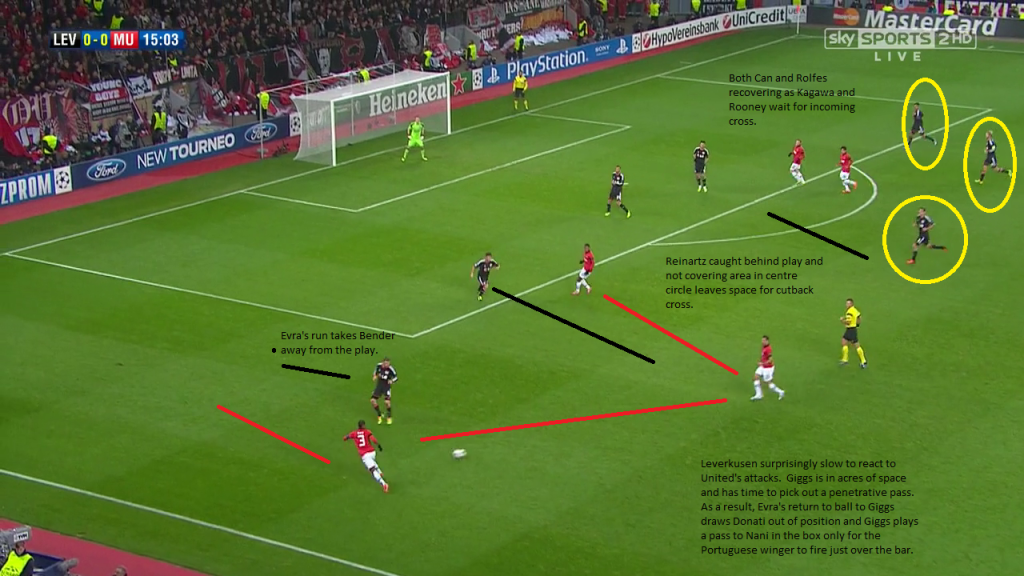 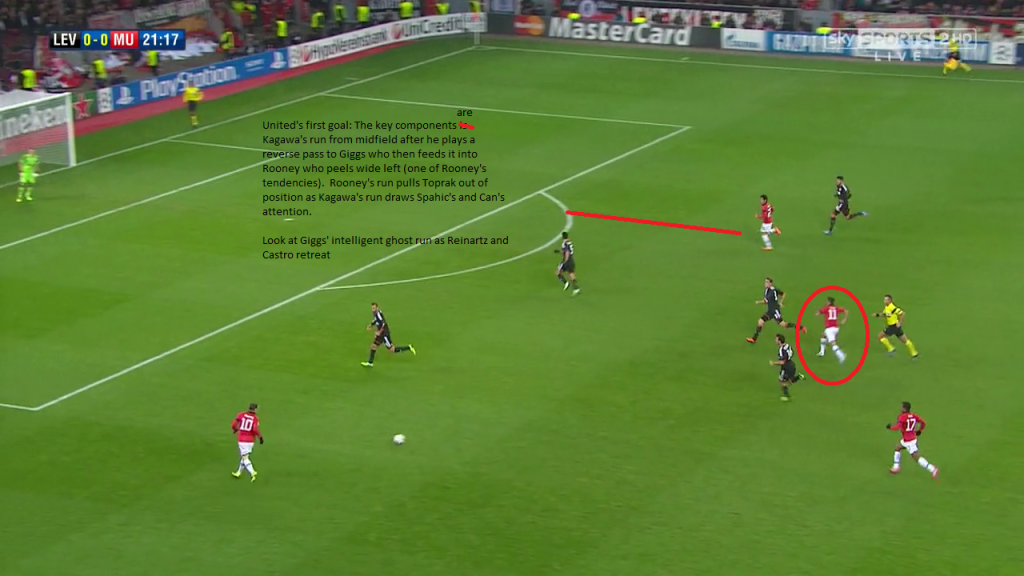 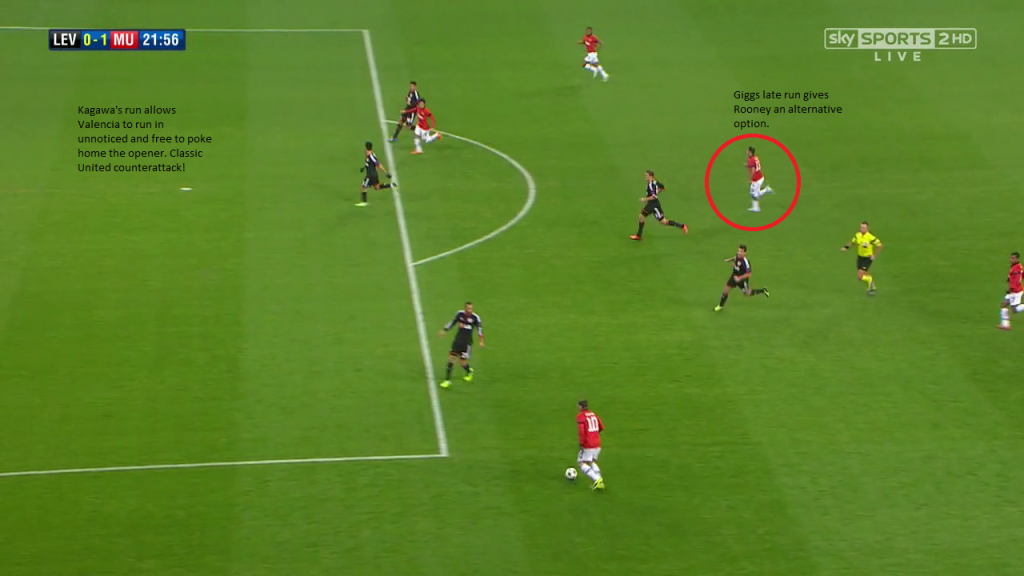