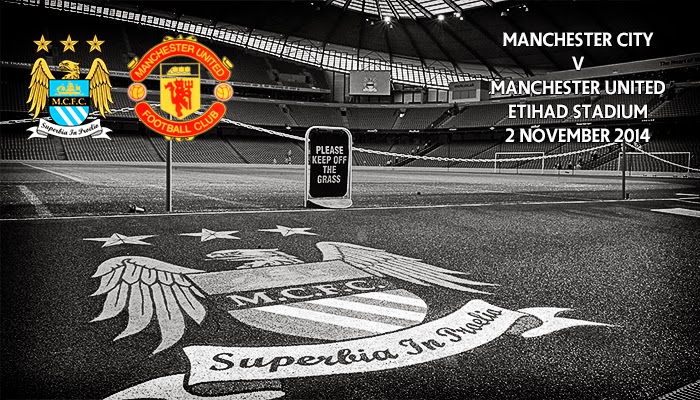 There are two matches every season that Man United fans look forward to and desperately want to win, not just for the points but mainly for bragging rights,  they are against Man City and Liverpool. During the build up to the derby everything in the United camp was positive, City had lost two matches on the trot, and Wayne Rooney was to return after his three match suspension. City were there for the taking. Everything had started well, City were not posing a major threat and the referee, Michael Oliver, was doing United favours by waving away penalty shouts against our defence.

Then in the 39th minute Chris Smalling brought down James Milner outside the box to earn his second yellow card and a red.

His first yellow was given for time wasting as he tried to block Joe Hart’s clearance. So many times one incident can dictate the outcome of a match and this one certainly did. Quite what Smalling thought he was doing to earn his first yellow only he can explain, and he should. Down to ten men, and soon to lose Marcos Rojo with what looks to be a dislocated shoulder, City scored through Aguero.

The reshuffle of the team meant that, after the dismissal of Smalling, Michael Carrick, in his first match of the season after his recovery from an ankle injury, had to fill in at the back along side the ever impressive Paddy McNair.

All credit must be given to the United players for not only keeping the score down to 1-0, but for also trying to rescue a point, a point they would have fully deserved, and would have surely achieved if it hadn’t been for missed chances.

In the second half the United players rallied magnificently to almost produce an equaliser, if it wasn’t for Hart in goal, Fellaini’s miss judged header and Di Maria’s poor deliveries at corners, we might have produced a comeback that would have surpassed last weeks result against Chelsea, but it wasn’t to be.

There were excellent displays from captain Wayne Rooney, as he tried to spur his troops on, David De Gea, who once again came to United’s rescue as he has done so many times already this season, Fellaini put in a solid display again, but a special mention must go to Luke Shaw who is growing in confidence with every game.

The tackles he made were outstanding and with the unfortunate injury to Rojo he has the opportunity to cement his place in United’s defence.

But we are crying out for a new central defender in the January transfer window. With Rojo, Smalling and Jones out this is the chance for van Gaal to go with the youth of Blackett and McNair, so over the next two months give them a chance to see if they can form a partnership at the back, why not, we have nothing to lose but everything to gain for now and the future.

So the derby defeat is a bitter pill to swallow but we can keep our heads held high as it was only after being reduced to ten men, a defender, that City found the breakthrough, but with only 13 points from 10 games this is United’s worst start to a league campaign since 1986 when they also had 13 points from 10 games, a month before Alex Ferguson took over.

So the only way is up and our next match is at Old Trafford against Crystal Palace, which in all fairness to Palace, United should win easily. So there are many positives we can take from the negative of losing and the main one being the performance of United’s ten men in the last 30 minutes. Let’s hope they take that into the upcoming matches.

Until next time, thanks for taking the time to read my thoughts and remember to Believe.

Written by Editor
Man United’s Smash & Grab in the Capital
How does Manchester United’s Defence Compare to the rest of the EPL? (Part 2)