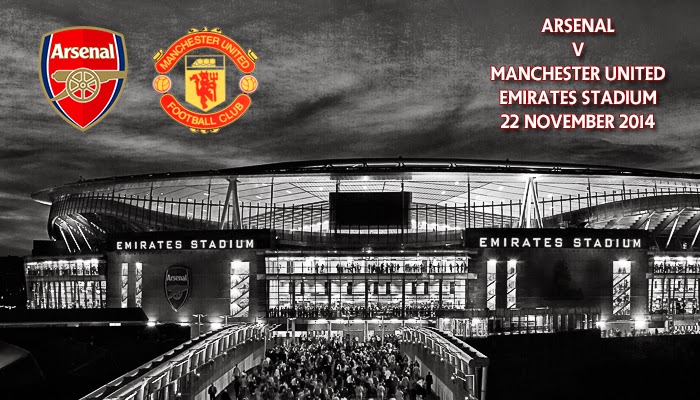 In a week that started so badly with United players falling like flies with injury after injury has ended on an incredible high with a victory over Arsene Wenger’s Arsenal in their own backyard. Before Louis van Gaal’s pre match press conference on Thursday, the concern was what team would he put out against Arsenal. Daley Blind, Michael Carrick, Luke Shaw and most importantly David De Gea, had all picked up injuries while away on international duty.

Add that to the ongoing list of players already missing including Falcao, who picked up a fresh injury in training, the signs were negative for a difficult away trip. However, following Thursday’s announcement that the injuries were not as bad as first thought, apart from Blind, the game began to take on more of a positive vibe.

Louis van Gaal had decided to pick three center backs, Chris Smalling, Tyler Blackett and Paddy McNair with Shaw and Valencia playing as wing backs alongside Carrick and Fellaini in the central midfield. 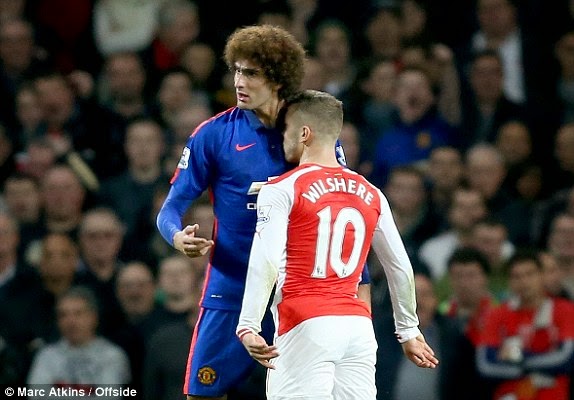 It was great to see Fellaini not react to Wilshire’s deliberate attempt to wind him up, in fact Wilshire should have at least been given a yellow for headbutting Fellaini’s navel. Di Maria, Rooney and van Persie were given the task of helping out defend and look for the chance on the counter attack. As expected Arsenal, playing at home, spent the first half attacking, but like other opponents this season they couldn’t find a way past the ever impressive United keeper David De Gea. 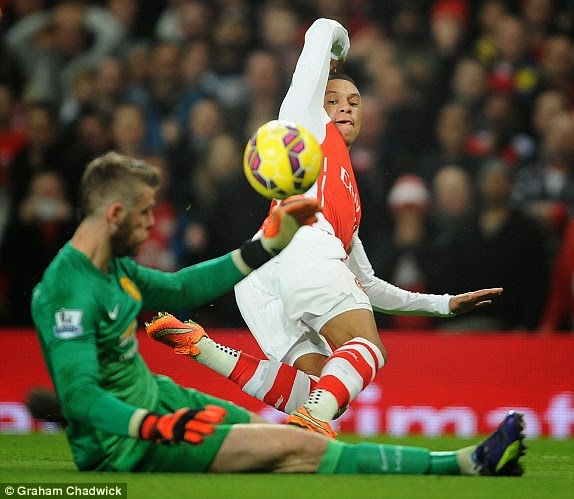 He is literally saving United’s season game after game and surely it’s time to squash the transfer rumours and tie him down to a new contract. Where would the team be without him?

Losing Shaw to an ankle injury was another blow, but following this United showed a discipline rarely seen this season, especially at the back, and stood tall and resolute against the Gunners. Once again McNair impressed in defence. In the four games he has started United have won all four, and partnered with someone with more experience he will become a steadfast at the back. Blackett also played well if not a little nervous at times, and even Smalling, who has endured a torrid time with the fans and critics this season, could hold his head up high. The discipline payed dividends in the second half. 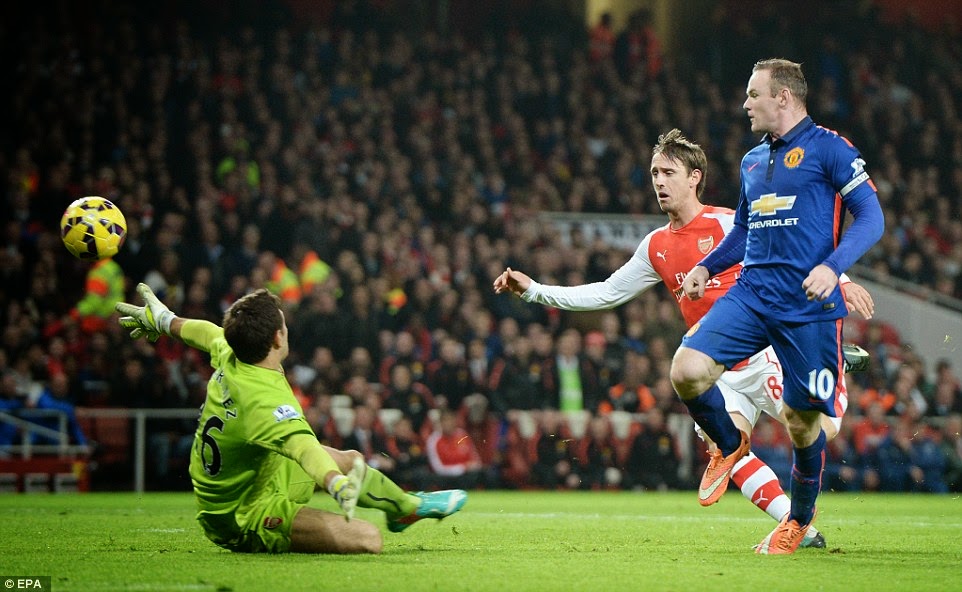 Two goals, the first an own goal by Gibbs and the winner from Rooney, all but put Arsenal out of the match even though they managed a consolation strike at the end, De Gea did manage to get a hand to it. As the match went on you could sense the growing frustration in the stadium with some home fans calling for Wenger to be sacked. Di Maria could and should have settled it before Arsenal scored, but fluffed his shot.

Di Maria and Rooney ran all day and created the few chances that fell to the team, in fact this was Di Maria’s best match for a while. Robin van Persie had a difficult time, booed by the home fans and starved of service he was substituted and replaced by James Wilson, who didn’t put a foot wrong. Maybe he will get his chance to start over the coming weeks and the Christmas period when the games come thick and fast, and van Persie could have a well earned rest. It was a smash and grab raid type of match but 3 points at the end of the day is what’s important. 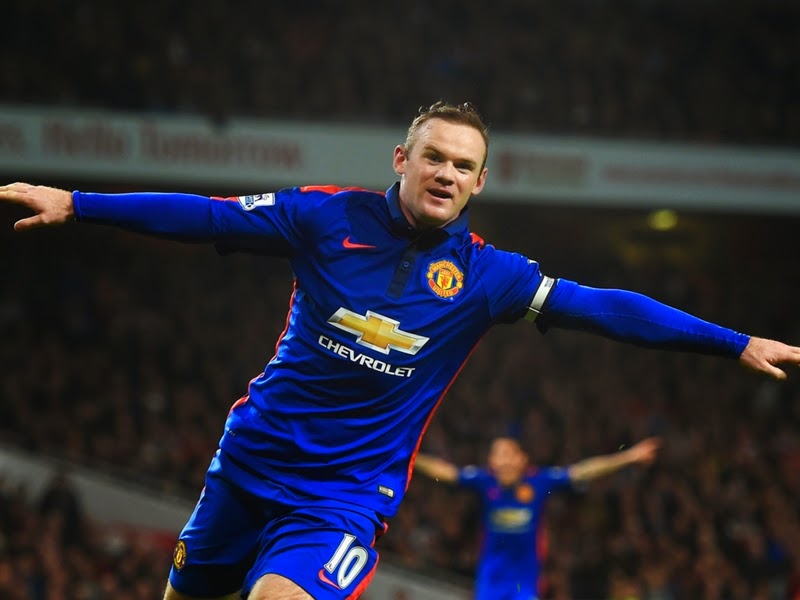 Wayne Rooney’s goal means that he is the highest scorer against Arsenal in the history of the Premier League, and he took his chance supremely well, something that Danny Welbeck couldn’t do for the Gunners, confirming what van Gaal has said repeatedly that he was sold because he simply wasn’t good enough for his team.

To see a jovial van Gaal in his post match interview was a sign that he knows his philosophy is finally paying dividends. He chose a team out of necessity and they nullified the threat of Arsenal, especially their stand out player, Sanchez. So a big well done to the team for giving the fans something to shout about, it’s still early days in the van Gaal revolution, but the signs are there that they are starting to believe in the manager’s system.
So, this was at last United’s first away win of the season and the second win on the trot, it moves the team up into 4th place in the league and with two home games to come against Hull City and Stoke City I hope they can keep up the momentum into the New Year, then we should buy an experienced center half, and get Falcao fit and playing, and lastly end 2014 on a high as it’s been a difficult year and one that has to be put down to experience, the bad kind. Thanks for taking the time to read my thoughts. Until next time.