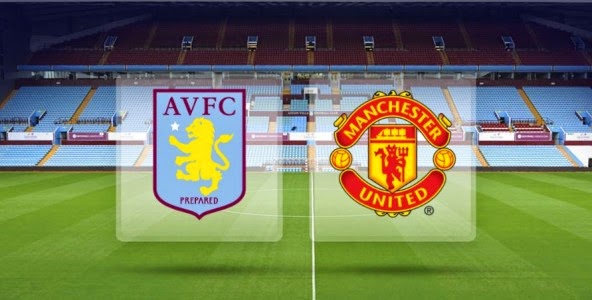 Villa Park is a stadium which holds fond memories for the United team and the fans. Throughout our history it has been a happy hunting ground, as we have enjoyed many glorious matches there. Who can forget the scenes that followed the ‘goal of the century’ by Ryan Giggs in the FA Cup semi final replay against Arsenal in 1999, on the way to the historic ‘treble’

You have to go all the back to the opening day of the 1995-96 season, for the last time Villa won against United at home. That day Sir Alex Ferguson’s side, featuring youngsters such as Gary Neville, Paul Scholes and David Beckham, went down 3-1 in a result which prompted BBC pundit Alan Hansen to famously utter this classic comment: “You don’t win anything with kids.” How wrong he was proved to be.

The Manchester United team news, which didn’t include any kids, had Louis van Gaal giving a start to Falcao up front, but more surprising was the choice of Darren Fletcher in midfield. This was due to undisclosed illnesses to Fellaini and Herrera. 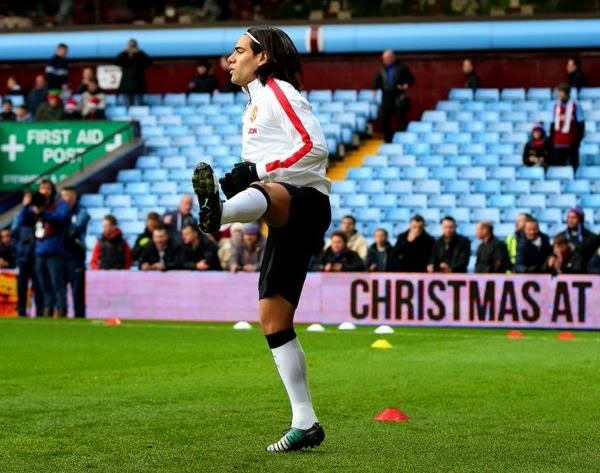 Michael Carrick started the match in the middle of a back three along with Jonny Evans and Phil Jones in front of recent hero David de Gea. Then there was Young and Valencia out wide with Fletcher and Rooney in the middle, Mata sat in the hole behind the strikers Falcao and Robin van Persie. On the bench were two players coming back from injury Angel Di Maria and Da Silva.

United enjoyed the majority of possession in the early exchanges without creating any clear chances, but unfortunately Villa took the lead on 17 minutes, when from a free kick Benteke chested down in the penalty area, then without a serious challenge from the United defence, shimmied and curled a left footed shot across three United players and past de Gea, who to be fair didn’t stand a chance. A goal against the run of play, but a warning that this wasn’t going to go all United’s way.

Villa showed that they had the pace up front to worry the United defenders and on one such break their forwards were bearing down on goal, but without a brilliant tackle from Jonny Evans it could have been a lot worse for United.

On the half hour, Young nearly shoved the boos back down the Villans throats, when his curling shot come cross almost sneaked in at the far post if it hadn’t been for Villa keeper Guzan managing to palm it to safety. 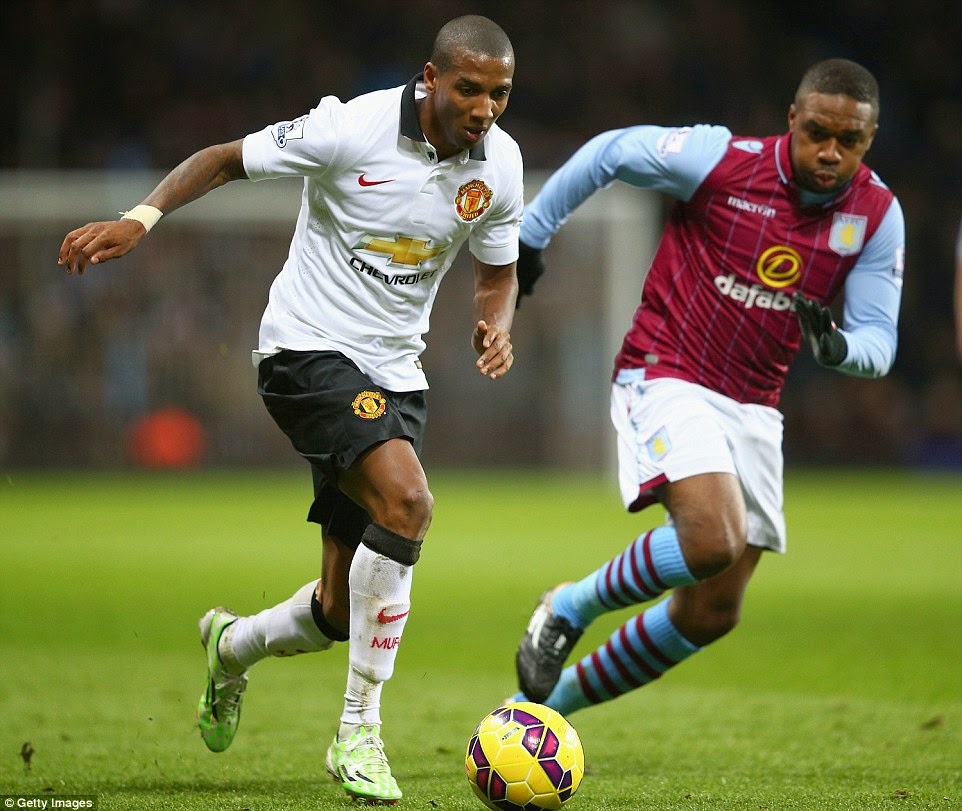 United’s attacking play cried out for some invention as it was all so predictable, lots of the ball but no imagination, it was crying out for someone to work some magic. Sadly not many magicians were on show.

Falcao’s first chance came on 23 minutes when he was played through by van Persie, in the end he shot tamely under pressure. The best play was coming from United’s right flank via Valencia, but the Villa defence dealt with any crosses that came over. It was a poor first 45 minutes for the Red Devils, and even though they had the ball in dangerous areas they had nothing to show for it.

At the start of the second half it was no great surprise to see van Gaal make a change by bringing on Tyler Blackett for Fletcher. This meant that Carrick moved up into his preferred midfield role.
Right from the off the United back three, without Carrick marshaling them, were in trouble as the trio of Blackett, Jones and Evans struggled to deal with Benteke, Jones just managing to block his shot. From the resulting corner de Gea made an important tip over from a Benteke header.

On the 50th minute van Persie forced a save from Guzan as United tried to convert their chances. The main objective, apart from equalising, was to keep the ball away from United’s defence.

The pressure paid off in the 53rd minute when Young made a surge down the left and delivered a superb pinpoint cross, a cross which Falcao met with his head to give the keeper no chance. In a rare show of emotion van Gaal punched the air with delight as Falcao raced to share his joy with the away fans. After the equaliser came a push by United to find a quick goal and van Persie came closest with an overhead attempt. 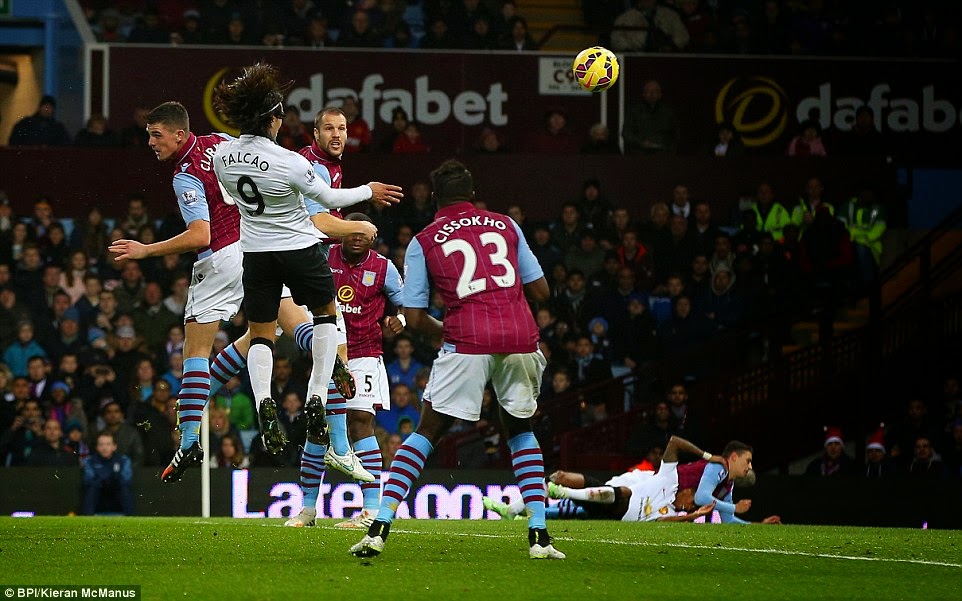 On the hour mark came United’s second substitution with Di Maria, making his return from injury, replacing van Persie. Straight away Di Maria was pressing forward and had three rather tame shots on goal, unfortunately all were easily dealt with by Guzan in the Villa goal.

Then on 64 minutes the match heated up as Agbonlahor was red carded for a foul on Young. He had a case for protesting as the replays showed it was a 50/50 challenge, but the referee decided he had gone over the top on Young. This not only left Villa down to ten men, but the boos for Young reached new decibels every time he touched the ball. 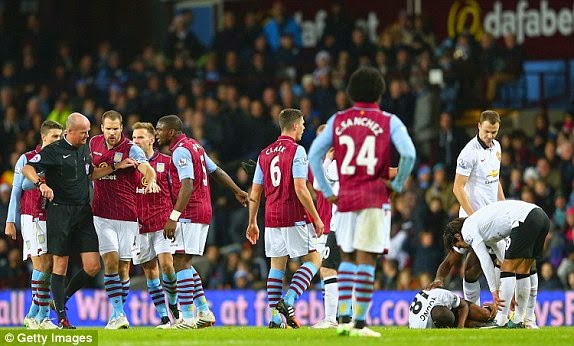 The 73rd minute saw another change as James Wilson was brought on for Antonio Valencia. Young was switched to the right and Di Maria patrolled the left wing. A decision I didn’t understand as the balance of the team would have been better served with Valencia staying on as he had been performing well down the right flank. In contrast to Young who was having a torrid time with the Villa fans, and to take him out of that atmosphere would have made sense. This was proven by the numerous opportunities he had to put in crosses from the right wing, but his deliveries on many attempts were below standard compared to his cross for Falcao’s goal.

United had a flurry of corners and saw one cause confusion in the Villa box, but Falcao just couldn’t reach the ball in time before it was put out of play by the Villa defence. Towards the end of the match Villa came the closest to snatching the winner with a strike from Bacuna that just flew over a relieved de Gea’s crossbar. At the other end Wilson had a lovely effort in the last minute but it lacked any power, how sweet that would have been for the youngster to grab the winner and the headlines.

Once again United toiled in a game that they should have won fairly easily bearing in mind Villa’s injury list, and the fact that they were playing against ten men for the last twenty minutes. Only getting into their groove after the half time change, which saw Fletcher depart and Carrick moved into the middle. Carrick showing once again how brilliant the new vice captain has been since returning from injury. He adapted so easily to the change in the system during the match. It’s no great surprise that the team has still not lost this season when he has been in the side.

Darren Fletcher looked out of sorts in the middle of the park. and he didn’t help himself by giving away the free kick that led to the Villa opener. Having been stripped of the vice captaincy in favour of Carrick you have to wonder how he fits into van Gaal’s future plans, if at all. He only started the match as both Fellaini and Herrera were not well enough to play. Fletcher has given the club great service over the last ten or so seasons, and has overcome a serious illness to get back into the team; however, in all fairness to him, if all the midfielders were fit he probably wouldn’t get a look in.

This was a case of two points dropped at the end of the day. A few months ago I never thought I would be saying this, but our midfield missed Fellaini’s presence, and I thought Mata had his first poor match for a while. Having said all that, after six straight wins, a draw away from home is not the end of the world, and compared to when things were not going United’s way at the beginning of the season this has been a good few weeks for the red devils. We are now unbeaten in the last seven games. The team, under van Gaal’s leadership, is still moving in the right direction and remain in third place.

Next up is the visit to Old Trafford of Newcastle United on Boxing day quickly followed two days later by United’s last match of 2014, an away trip to the capital to take on Spurs. I fully expect United to end the year with two more wins that will send us flying into 2015.

I would like to wish all my readers a very Merry Christmas and thanks for all your continued support by reading my pages.