Rooney pulls the strings for United. 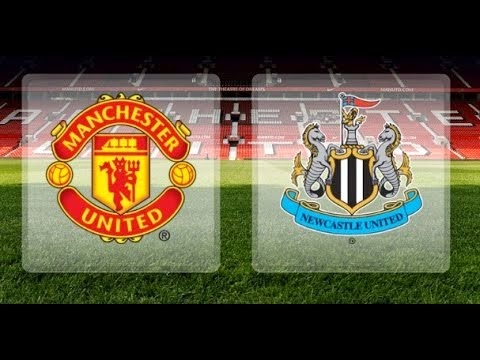 Welcome, and I would like to start by wishing all my readers a Merry Christmas.

After being given a day off on Christmas Day by Louis van Gaal to enjoy the festivities with their families, it was back to business at Old Trafford. United welcomed Newcastle United on a day that has been kind to the Red Devils over the years. In fact the last time United lost a fixture on St.Stephen’s Day was against Middlesbrough back in 2002. United have won a total of 53 points on the 26th December, 15 more than the nearest side.

The team news saw no place for Angel Di Maria, being left out completely, possibly being saved for the Spurs match on Sunday. Once again Fellaini and Herrera were absent. Darren Fletcher was demoted to the bench after his average performance at Villa Park in the last match. This is how United lined up: De Gea, Jones, McNair, Evans, Valencia, Carrick, Rooney, Mata, Young, Van Persie, Falcao. The second start in a row for Falcao to give his partnership with van Persie another try.

The atmosphere inside the stadium was jovial, as it normally is for matches during the festive period, with the home faithful in fine voice.

The first half started rather sluggishly as both teams looked to shake off their Christmas Day celebrations. Falcao seemed to be the liveliest player for United making a few intelligent runs, one in which saw him clatter into the advertising boards, but thankfully he picked himself up unhurt.

The three United defenders McNair, Jones and Evans started nervously at the back yet again, especially Evans. Almost gifting a belated present to Newcastle, which fortunately they didn’t accept. There was also a legitimate penalty claim by the Magpies after Yoan Gouffran and Juan Mata clashed in the penalty area, which was waved away by the referee.

Ashley Young was providing the best outlet down the left with some smart crosses, which were close to being converted by the strikers. Yet, as so often this season some of the breaks were halted by continuous back passing, which doesn’t do anything for the nerves given the quality of our defence.
De Gea was on hand, not for the first time this season, to pull off a smart save after 19 mins to palm the ball over the crossbar for a corner.

On 22 mins some magic from Rooney, as he collected the ball in his own half, laid a pass to Mata, then continued his run into the penalty area, where Falcao unselfishly hooked the ball from Mata’s cross into the captains path, who did the rest. A great move started and finished by an in form Rooney.

Rooney’s and United’s second came in the 36th minute, when the lively Falcao won the ball which released Mata, he gave a lovely pass inside to an unmarked Rooney, who had the simple task of finishing, which he gleefully did.

Half time and United led 2-0. Mata had been involved in both goals but it was Falcao who impressed with his energy and never give up attitude. He played a huge part in both goals even though he and van Persie were battling against a five man Newcastle defence, who were trying to play the offside trap at every opportunity.

Going forward the Magpies posed a threat with their pace against United’s trio of centre halves, especially the talented Perez, who United would have to keep an eye on. Generally, United had been comfortable and deserved their half time lead.

The second half had United attacking the Stretford End of a rain soaked Old Trafford.

The fans didn’t have to wait long for a third. Again Rooney was the inspiration on 52 minutes, with a delightfully judged chipped pass into the area, which was met by van Persie who headed across the goal into the net. Great skill and vision from Rooney who made it all look so simple.

With United enjoying a three goal lead and the players facing another match on Sunday, changes were inevitable. On the hour mark Fletcher entered the match in place of Carrick, who once again had a solid performance in the middle. Shortly after that Falcao was replaced by James Wilson. The home faithful showed their appreciation to the Colombian for his 100% effort towards the cause.

This in no way affected the rhythm of the team as United continued to enjoy the majority of possession. The only downside came when van Persie picked up a yellow card for a late and totally needless challenge, which he immediately acknowledged.

Again, Perez continued to be a pain for the United defence, calling on David de Gea to block a shot at his near post after the diminutive striker had confused a couple of defenders. Once he was substituted the main threat of the visitors had vanished with him.

It was great to see the return of full back Rafael, who came on for Valencia for the last quarter of the match to gain some valuable game time after a long time out.

With five minutes left to play Phil Jones gave away a penalty, which Cisse converted past a helpless de Gea. This meant that there would be no clean sheet for de Gea and United today. That was about the last action of the match as both teams didn’t create anything of any note in the closing minutes.

This was a game that was controlled and won by man of the match and captain, Wayne Rooney. With his brace and assist he ran the show from his midfield position. Always the playmaker, everything came through him. He is looking more and more at home in the position van Gaal has entrusted to him. He seems to enjoy the responsibility the deeper role involves as it allows him to have more of a say in the tempo of the game. 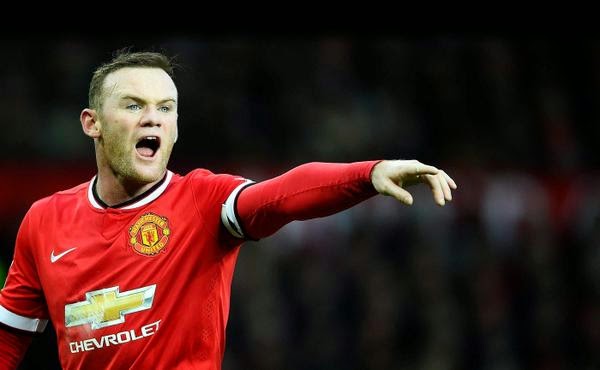 Something that was good to see was the team play of United today. A good example of this was Van Persie, who was the designated centre-forward, unselfishly peeled off into wide positions at times for Rooney to run into the space from deep. a tactic which paid off especially in the first 45 minutes.

The next match on Sunday is away to Spurs. It brings down the curtain on United’s year, a turbulent twelve months to say the least. But a year that is at least ending on a high, and gives us great hope for 2015.

It will be interesting to see who, if anyone, van Gaal buys in the January transfer window. Many names have been bandied around, and it will be fun to see which gossip turns out to be true. My wish list wish would be for a central defender and a midfielder. Vlaar and Strootman would do for a start, at least until the Summer.

Hope you all are having an enjoyable Christmas.

Thanks once again for reading.