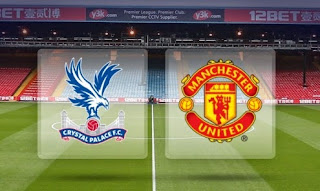 United flew away from the capital on a high as they won a hard fought match over a plucky Crystal Palace.

On the back of three successive defeats and with only three matches to play it was imperative that there were no more slip ups.

United fans received a boost after a difficult three weeks with the news that Memphis Depay will be joining the Red Devils from PSV. Louis van Gaal admitted that he had to act quickly to ward off the attentions of PSG.

This is a great signing as Depay is only 21 and ended a fabulous season in Holland by winning a league winners medal and showing his worth by scoring 21 goals in the process. A talent that will surely blossom under van Gaal next season.

The signing does raise a few questions about a few current players especially Adnan Januzaj. The young Belgian has endured a torrid season and with the imminent arrival of Depay it could signal a loan move away from Old Trafford, allowing Depay to wear the iconic No.11 shirt.

On the negative front, there was bad news that Michael Carrick would miss the rest of the season with a calf injury. This was indeed bad news as United had struggled in the middle of the park without his presence in the team.

Luke Shaw had recovered from his injury that kept him out against WBA but there was no place even in the squad for Robin van Persie who had a virus or Angel Di Maria who was injured in training.

United got the match under way playing in their white away strip. Rooney started up front with Fellaini patrolling behind him and they were immediately in the thick of the action as the away side started brightly.

In the 4th minute, the first corner of the match went to United as Valencia powered down the right and his cross was deflected.

The passing from United in the early stages was falling short of what was needed.

7 minutes and Daley Blind let fly with a shot from distance that the keeper Speroni just managed to fingertip onto the post and out for a corner. A good effort from Blind and it is good to see a player try his luck from outside the area.

In the first ten minutes, United were in total control of the match however as in recent matches their final ball was left wanting.

Former Red Devil Zaha tried to conjure up something on the left but he was well marshalled by the defence.

13 minutes into the match and It was Ander Herrera’s turn to try a shot from outside the area which wasn’t even close to the target.

Fellaini showed his worth to the team as his was back in his own area to clear away a Palace cross then continued up the field to help start an attack.

After a quarter of an hour, the home team started to ask questions of United by peppering De Gea’s area with crosses from both left and right which were dealt with fairly comfortably.

Then in the 20th minute United were awarded a penalty as a harmless cross by Young was handled in the area by Dann.

With no van Persie and Rooney relegated as penalty taker it was left to Juan Mata to confidently dispatched the ball beyond the reach of the keeper into the bottom corner.

Great start for United who seemed to grow in confidence from the goal even Herrera tried a Rooney volley on the turn but it didn’t quite have the same result.

Quite clearly van Gaal had instructed the team to shoot on sight as it was Rooney who had an attempt easily saved after 23 minutes.

The brilliant away fans were once again in fine voice easily outsinging the home support.

Palace had a great chance to equalise after 25 minutes following a corner given away by Phil Jones. The cross was floated deep into the box and Jedinak rose the highest to power a header just wide.

Shortly afterwards, Mata gave away a free-kick in a dangerous position which Palace worked well to open up a chance that didn’t quite come off for them.

The warning signs were certainly there for United who needed to show composure when all the Palace players were over reacting to every decision.

On the half hour mark and there was a worrying sight as Falcao was spotted warming up on the touchline as Rooney struggled to shake off a knock to his thigh.

With ten minutes of the half remaining Luke Shaw received treatment after an elbow to his face which allowed Rooney the time to discuss his thigh problem with the physio.

It was clear Shaw couldn’t continue and after treatment he was replaced by Jonny Evans. Yet another blow, literally,  for Shaw who has been the most injured player at United this season.

A defensive reshuffle saw Jones move to left back and Evans partnered Smalling in the middle of the defence.

Five minutes before the break and United had a second shout for a penalty as the defender Delaney clearly handled a Rooney effort but referee Oliver wasn’t interested this time.

In the 42nd minute after great work down the right by Valencia, the ball was eventually crossed in by Herrera to the far post where Fellaini, unfortunately, didn’t react quick enough.

A minute of normal time was left on the clock and hero Mata nearly turned villain as he almost played Jones into trouble with a crazy back pass that was thankfully tidied up by Smalling. With United’s past history in defence, it could have been worse.

United ended the half on the attack with a corner which was well won by the impressive Ashley Young. However, It was clear to all that Rooney would not appear for the second half.

The first half wasn’t pretty from United but was all about doing a job which they completed well. Although Palace did have a few chances to score they never really threatened David de Gea’s goal.

It was a blow to lose Shaw as he and Young had once again combined well down the left and the potential loss of Rooney could have an adverse effect on the team in the second half.

As expected Falcao did replace Rooney at the start of an important 45 minutes in the Red Devil’s season.

Palace started the strongest and gave United’s defence, and the fans, the jitters on a few occasions as they went in search of an equaliser.

It was understandable that the United players were nervous and the fact that they showed a maturity in their play speaks volumes to the work van Gaal has done this season.

In the first ten minutes of the restart, De Gea dealt well with all the high balls planted into his area, which proved how well he has improved his all round game.

54th minute and Ander Herrera was harshly booked for a foul in which he hardly touched the player.
Two minutes later and Palace drew level as Smalling gave away a foul right on the edge of the penalty area.

Up stepped Puncheon who planted the ball into the net all too easily. United’s wall made no attempt to block the ball and remained rooted to the ground as the ball sailed into the goal.

A soft goal for United to concede but with Evans, Smalling and Jones reunited in defence it was certainly no huge surprise.

On the hour mark, Smalling lost the ball in the centre circle and gifted a chance for the home side who couldn’t capitalise on the chance.

After the goal, it was all Palace with United definitely on the back foot and if not for some poor finishing by the home forwards it could have been a lot worse.

Not for the first time this season United needed some inspiration from somewhere.

It almost came from Blind who set up an attack in the 66th minute as he released Valencia whose cross was met weakly by the head of Fellaini.

70th minute and it was  David de Gea to the rescue as he has done so many times this season with a point blank save of a certain goal.

Three minutes later it was Ashley Young who started to increase the tempo down the left and he had an effort deflected for a corner.

One minute later Mata had the ball in the net but Fellaini was ruled off-side. Better from United but at the other end the defence was having huge difficulties coping with the speed of the home side’s attackers.

76 minutes and United’s best player, Young, flew down the wing and into the penalty area where he pulled back a pass to Mata who fired over.

Then one minute later the all important breakthrough came for United when that man Young crossed over a wonderful ball to the far post to allow Fellaini the simple task of heading the ball into the back of the net for his sixth goal of an impressive season.

A great goal not dissimilar to the one that Fellaini scored against Man City made from the industrious work of Ashley Young who has been the best player since the turn of the year once he reverted back to an out and out winger.

Even at 2-1 up the stress of the situation was evident as Palace still threatened the United defence.
Bearing that in mind Paddy McNair replaced Smalling which provided a fresh pair of legs at the back for the last eight minutes.

In the 85th minute, it was De Gea to the rescue again time as he saved a shot with his legs to stop a certain goal.

The Fellaini goal seemed to knock the wind out of Palace as United almost added a third in the last minute after Herrera had an excellent shot tipped over by the keeper.

That move involved the hard working Young and Falcao. It was the Colombians only really telling contribution to another disappointing outing in a United shirt.

Full-time and it ended 2-1 to Manchester United and how important a win that was. Palace put up a fight but United hung on to record their first victory in the last four games and earned the three points needed to put them in the driving seat for a top four finish.

Ashley Young provided another fine performance and it was his cross that led to the penalty and his assist that led to the winning goal. Deserved the man of the match accolades.

Where would United be without their Spaniard in goal? On at least two occasions, David de Gea came to the teams’ rescue with point-blank saves to keep United ahead. Let’s hope his head hasn’t been turned by the attentions of Real Madrid and he commits his future to United.

Down to the last two matches starting with the visit of Arsenal to Old Trafford next Sunday. If results elsewhere go United’s way we could have a guaranteed Champions League place by the time we meet them. Even so, this brings with it a chance to avenge the defeat at the hands of the Gunners in the FA Cup quarter-final.