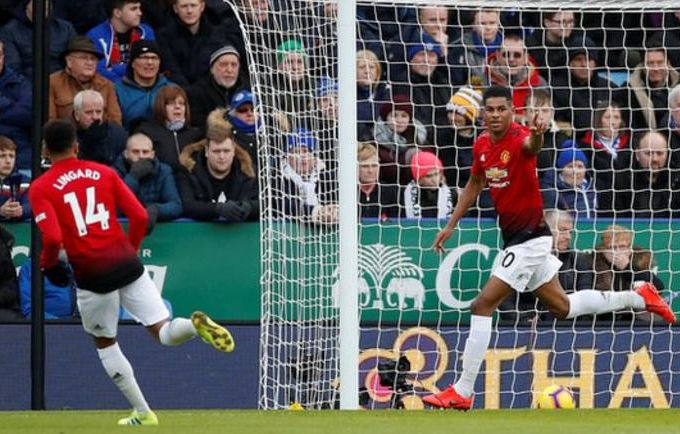 Manchester United put the disappointing mid-week 2-2 draw against Burnley behind them today, winning against Leicester at the King Power Stadium. The win takes Ole Gunnar Solskjaer’s caretaker manager record to nine wins and one draw in 10 games, remarkable considering how badly the team was before his arrival.

The win takes Manchester United to 5th and 2 points behind Chelsea.

Marcus Rashford smashed home the goal after an amazing through ball by Paul Pogba. A poor pass from defender Ricardo Pereira went straight into the path of Paul Pogba, who lifted the ball towards Rashford who controlled first time and buried the chance in the corner, an excellent finish from the England International.

Whilst Manchester United won, Leicester City certainly had their chances including a miss from former Manchester United player Johnny Evans late on. David De Gea also made a diving one-handed save to prevent Rachid Ghezzal’s free-kick from hitting the top corner of his goal.

Manchester United are arguably playing their best football in the years after Alex Ferguson retired.
What did you think of the game, are we playing great football? Where can we finish in the Premier League?