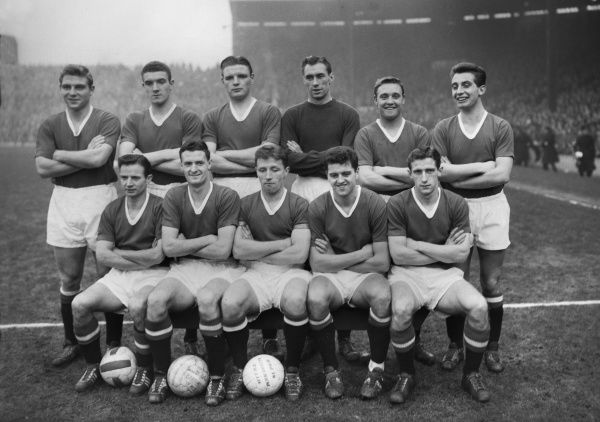 On this date in 1958 occurred the Munich Air Disaster, which took the life of 23 people, including eight players and three members of United’s staff.

The disaster happened when the plane carrying Manchester United’s team crashed on its third attempt to take off from a slush-covered runway at Munich-Riem Airport, West Germany.

The Busby babes were on their way home from a European Cup tie against Red Star Belgrade in Yugoslavia. They stopped to refuel the aircraft in Munich.

The first two attempts to take off from Munich airport were aborted and fearing they would get too far behind schedule, Captain Thain rejected an overnight stay in West Germany. The plane crashed following the third attempt for taking off.

Duncan Edwards was the 8th, as he died 15 days after the accident. He was considered to be one of the biggest talents in English football and was expected to lead Manchester United to many titles in England and Europe.

Manchester United’s head coach, Sir Matt Busby survived the accident. His assistant Jimmy Murphy took over the team, as a caretaker manager in the next 5 months. They successfully rebuilt Manchester United and led the club to European glory 10 years later in 1968. Sir Bobby Charlton, who also survived the Munich air crash was the captain of that team.

The Truly Reds team pays tribute to all the victims of the Munich Air Disaster.