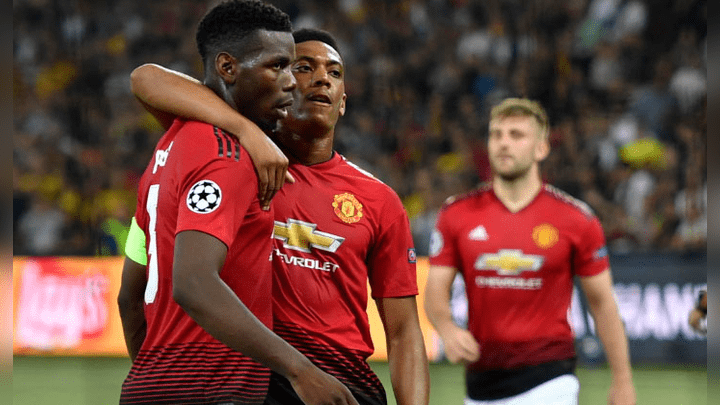 Manchester Untied have confirmed their Champions League squad for the knock-out stage before the Paris Saint-Germain tie in the round of 16.

United have omitted Marouane Fellaini, who joined Chinese Super League side Shandong Luneng in a £10million deal last week. He was the only player to be excluded of the squad.

Jose Mourinho was still listed as United’s manager on their UEFA squad section but that has also been changed to Ole Gunnar Solskjaer.

The confirmed Manchester United squad for the knock out stage of the Champions League is:

Youngsters Tahith Chong, Mason Greenwood, and James Garner have retained their place in the squad, following their substitute roles against Valencia and Juventus in the group stage of the Champions League.

Ole Gunnar Solskjaer is happy with the squad he has, as spoke about the potential of his team:


We have quite a few talents in that youth team that you’d like to see and you probably will see at some point before next season. Because that’s what it’s about now, for me to put the club and put the team in a good position when at the end of the season, how do we look like, what will we look like next season.


Mason, Jimmy Garner, Ethan [Laird], there’s quite a few in that reserve team that are doing well, it’s just about the right time. We’ve got players now; Alexis [Sanchez], Rom [Lukaku], Juan [Mata], who didn’t play or haven’t played so much lately, they’re three players you’ve got to jump ahead of as well and we’re here to get results as well.


What Man United are going to look like next season with or without me, it doesn’t really matter because I’m here now as part of that to prepare the team for next season. That of course means doing well now .

The Red Devils face PSG next Tuesday in the first leg of the Round of 16 on Old Trafford. The revenge in Paris on scheduled for March 6. Do you expect United to win the tie and go through to the Champions League 1/4 finals for the first time since 2014?