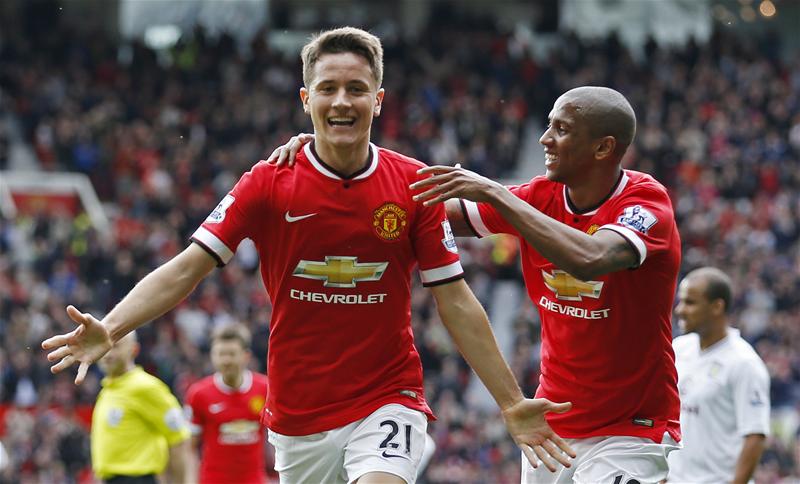 Manchester United’s board are working hard on contract extensions in the final part to the season, as there are many players with an expiring deals.

United have already extended Anthony Martial’s contract until 2024 and have opened talks with Marcus Rashford for a new, long term contract. But there are at least 4-5 players that are expected to sign new deals over the next month.

It has been reported by Sky Sports that Ashley Young is the next player to get a new contract, he is expected to sign a one-year contract extension. The 33-year-old has been in talks with the club and it is understood those discussions are progressing well and the deal close to being agreed.

Ashley Young joined from Aston Villa in 2011 for £17m winning the Premier League in 2013, as well as the FA Cup, Europa League, and League Cup during his time at Old Trafford.

Young has been transitioned from winger to full-back, as he plays on the Left back and Right back position in the past 4 years. Louis van Gaal was the first manager to play him regularly as full-back, while Jose Mourinho and Ole Gunnar Solskjaer have accepted the idea.

He is United’s second captain and wears the armband in the absence of Antonio Valencia.

Ander Herrera, a £29million signing from Athletic Bilbao in 2014, is very keen to stay at the club having re-established himself as a first-choice starter. His current contract is expiring at the end of the summer, but the Spanish midfielder is expected to sign an extension.

Herrera is a vital part of Ole Gunnar Solskjaer’s midfield line and is one of the best players since the Norwegian took over.

However, Juan Mata’s future remains up in the air as the clock counts down on the final five months of his contract at United. The 30-year old Spaniard is not going to be the first choice in the Manchester United’s starting line-up, so it depends on him whether he stays on at Old Trafford.

Phil Jones’ contract is also expiring at the end of the season, while Manchester United’s board is also negotiating a new deal with the Spanish goalkeeper David de Gea.