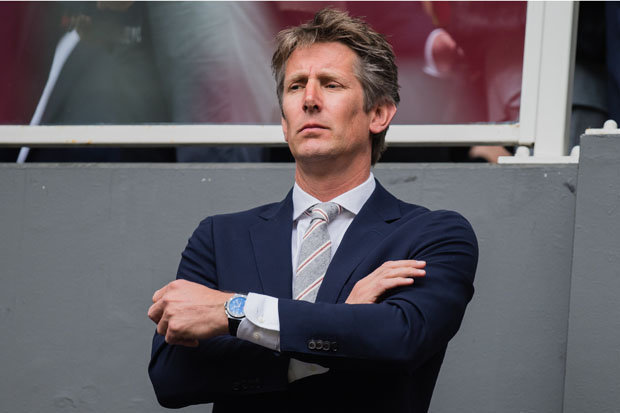 Who should Manchester United appoint as Director of Football?

Manchester United is still in the rebuilding phase after Jose Mourinho’s departure. The club wants to adapt to the modern game and is set to hire a director of football for first time in their history as a part of the process.

There are a few names as possible candidates, with Edwin van der Sar and Eric Cantona as biggest favorites.

Gary Neville, an ex-United captain and Sky Sports pundit stated in January: “No one should ever be allowed to enter Manchester United Football Club ever again and adopt a different philosophy to the one the club has.”

Cantona joined United in 1992 from Leeds. The Frenchman is one of the most influential players in the club’s history. In his first season, he delivered the league title for the Red Devils after a 26-year wait. He was club’s captain and spent five seasons on Old Trafford, winning the Premier League four times.

But, in spite of the amazing history with the club, his controversial character makes him a less suitable candidate than Edwin van der Sar.

Van der Sar has spent 6 seasons in Manchester and perfectly understands the club’s philosophy from the Ferguson-Gill period. He won the Premier League four times with the Red Devils. The Dutchman also the Champions League in 2008 in Moscow, making the winning penalty-save in the shootout against Chelsea.

The 48-year old is the CEO of AFC Ajax at the moment and already has experience in the job. He started as marketing director in 2012 and was promoted in 2016.

Edwin does a great job in Ajax, as the club reached the first European final in 21 years in 2017. It was the Europa League final, which they lost 2-0 to Manchester United.

The biggest positive for Ajax in Edwin van der Sar’s period as the club’s CEO has been the incredible transfer fees they have recouped in the market. They sold Arkadiusz Milik for €34 million, Davy Klaassen for €27m, Davinson Sanchez for €40m and just two weeks ago, Barcelona paid €75m to Ajax for Frenkie de Jong.

Van der Sar is also responsible in the recruitment of club’s star Hakim Ziyech, along with David Neres, Dusan Tadic, Nicolas Tagliafico and the re-signing of Daley Blind.

Edwin could also use his connections in the Eredivisie in possible transfer dealings with teams from the Netherland. There are many young and talented players in the Eredivisie that work their way up in the first team through the club’s academies. We believe that Edwin van der Sar is the man to help Manchester United get the most promising.

Written by Boro T
Historically Where Have United’s Players Come From.
Anthony Martial – the Golden boy who can conquer the Premier League