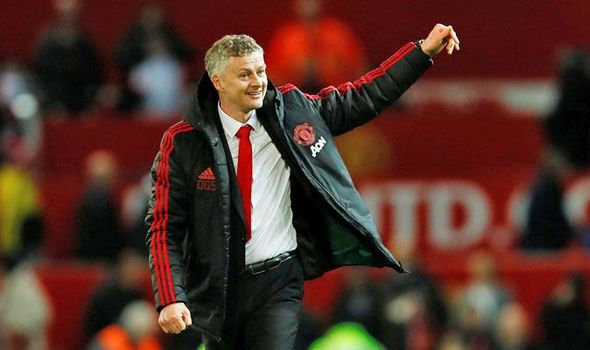 Boss: “United are two years away from title bid”

Manchester United’s manager Ole Gunnar Solskjaer thinks that the team is two years away from being Premier League title contenders.

The club has won 10 out of 11 games in the league since his appointment, but the Norwegian doesn’t believe that his team is capable of winning the Premier League.

We’re too far behind this year, obviously. You’ve got to catch up with the other teams ahead of us, especially City, Liverpool but now Tottenham – they’re really in the running as well.

Two years’ time is long enough, but also short enough to say that we’ve got the possibility to make a big difference in our preparation, in everything.

Solskjaer also said that he already had a “picture” of how he thinks “this Manchester United team will look in a couple of years”, even if he does not get the job on a permanent basis.

The 45-year old brought the team to the Top 4 in the Premier League and assured that they play the “United way” on the pitch.

When asked how many players would he need to challenge the title with Manchester United he said:

It is about who we’ve got here as well. If every single player can improve by 1-2% it is not about X amount of players.

It’s not just buy a superstar and that will fix things and suddenly we go from challenging to be among the top four to being champions.

Ole Gunnar Solskjaer’s leadership has been impressive for now. He brought back the joy of playing football in the team and improved the dressing room atmosphere by far.

Solskjaer also works with the player, and especially the attackers on personal level. He wants to improve every single one of the Manchester United current squad and the fans are really happy with the job he is doing.

Ole Gunnar has also brought back the excitement before the games and we all enjoy his press-conferences and can’t wait for our next game.