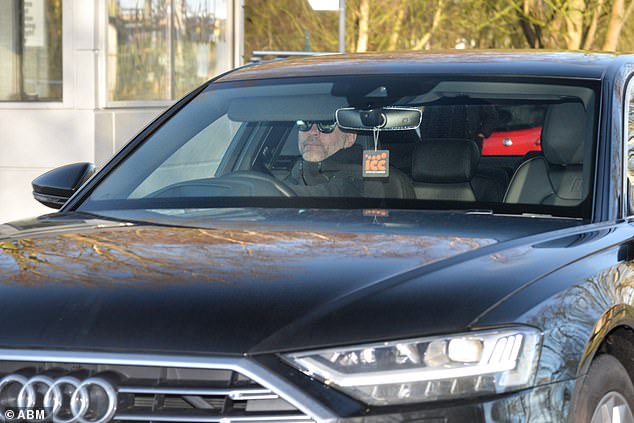 Manchester United’s biggest legend of all time, Ryan Giggs has today visited the team, ahead of the Champions League clash against Paris Saint-Germain.

Giggs visited United’s training session, as the team has had the final preparations for the big game tomorrow.

Ole Gunnar Solskjaer’s side welcome French champions PSG to Old Trafford, looking to continue their fine run of form since the Norwegian took over in December. The Red Devils are still unbeaten, but tomorrow is their biggest test so far.

Ryan Giggs’ visit will give big boost to the Manchester United’s players, andhe could give them advice on handling the preassure on big ocassions, as he has played many of them through his career as United player.

Giggs was a member of David Moyes’ coaching staff in 2013-14, before taking charge of United for the final four games of the season when the Scot was sacked.

He did not get the full time job, as Louis van Gaal was appointed as Manchester United’s manager in 2014. He stayed with the club though, and acted as assistant manager to Louis Van Gaal between 2014 and 2016, before leaving when Jose Mourinho was appointed.

Giggs, the most decorated player in United’s history, is delighted with the club’s revival under Solskjaer which has yielded 10 wins and a draw from his 11 games in charge. He stated earlier in January that is not surprised b the job Ole is doing at Old Trafford.


I’m not surprised by how well Ole has done. At any level when you win six on the trot it is a fantastic achievement. Obviously, everyone says they are games he should have won but there were some tricky games – Newcastle and Tottenham away for example.

Ole has done fantastic, the players have as well, the place has been lifted. It’s a different atmosphere now, I’ve been to a couple of games and it’s been brilliant, the manner we have won them by scoring lots of goals. Then we had to dig a result out at Tottenham, first half we were fantastic and the second half David de Gea put on an amazing performance and we rode our luck a little bit. You have to do that to win games sometimes