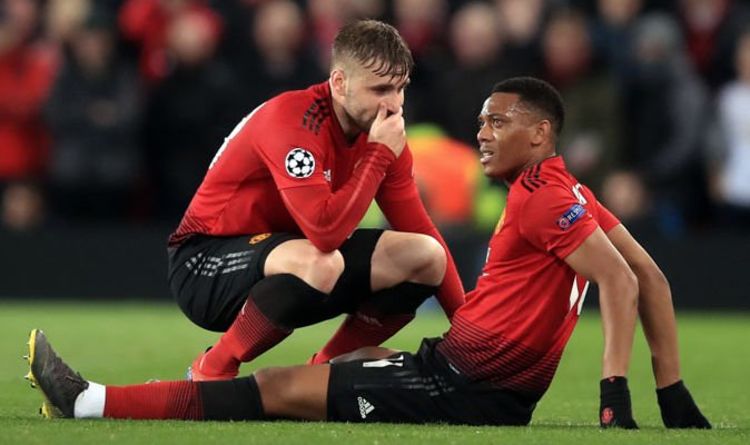 Anthony Martial and Jesse Lingard suffered muscular injuries in the first half of yesterday’s game against Paris Saint-Germain.

Lingard was substituted from Alexis Sanchez just before the end of the first half, while the Frenchman was replaced by Mata on half-time.

United went on to lose 2-0 to the Ligue 1 champions, with goals scored by Presnel Kimpembe and Kylian Mbappé in the second half.

Manchester United must wait before they can learn the full extent of the injuries and determine the period Martial and Lingard would need to recover and get back in match fitness.

Speaking after the game, Solskjaer confirmed it was too early to say how long the pair would be out and admitted that their injuries were big blow for the Red Devils on halftime.

You don’t know, muscular injuries – hamstring, groin, so we’ll have to have a couple of days to assess them.

That’s the reality. Jesse and Anthony are big parts of our squad. They’ve played really well.

Second half we didn’t have so much movement and pace to get in behind. Juan got on the ball for us and created a few bits. We need to find a different way to play when Anthony and Jesse are out.

The two injuries will be a worry to Solskjaer with a crucial run of games coming up in the next few weeks.

Manchester United visit Chelsea in the FA Cup round of 16 next Monday on Stamford Bridge. The oldest football competition (as it seems) is United’s last chance to win a trophy at the end of the season, and the game against the Blues is of very big improtance.

The Red Devils welcome their biggest rivals, Liverpool after their trip to London and would try to become the second team in the Premier League who managed to defeat the current leaders.

Jesse Lingard and Anthony Martial are one of the best players on the pitch since Ole Gunnar Solskjaer took over the club. With their agility, pace and speed they press-up opponent’s defences and create easy chances for the club.

We hope they will get back in first team as soon as possible.