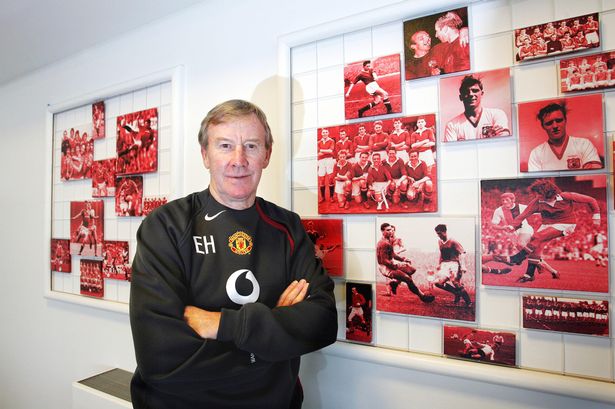 He was diagnosed with mixed dementia four years ago and passed away peacefully on Wednesday night surrounded by his family.

Harrison became Manchester United’s youth coach in 1981. Mark Hughes and Norman Whiteside were two notable players Harrison helped to develop in his first five years at the club, when he worked under the man who appointed him, Ron Atkinson.

He led United’s youth team to FA Youth Cup victories in 1992 and 1995. Eric was the coach of the ‘Class of ’92’ generation, which included Nicky Butt, Ryan Giggs, Paul Scholes, David Beckham, and Phil and Gary Neville.

All of there players developed in best football players in their time and were part of the historic Treble winning season in 1999.

Manchester Untied football club posted a statement on their official website, offering condolences to the family.

We are extremely saddened to report that our former youth coach Eric Harrison passed away last night.

Harrison was awarded an MBE for services to football in 2017 and Ferguson praised his ability to “make good human beings” out of young players.


Eric’s contribution to football and not just at Manchester United was incredible.

He built character and determination in those young players and prepared them for the future. He was a teacher, he gave these players a path, a choice and he only did that through his own hard work and sacrifice.

He was able to impart that education to the young which made him one of the greatest coaches of our time.

As a player, Harrison began his career with Halifax Town in 1957 as a wing half and he also represented Hartlepool United, Barrow and Southport.

Eric Harrison will remain a huge part in the history of Manchester United and is definitely one of the most important men of the club’s rise in the 90s.