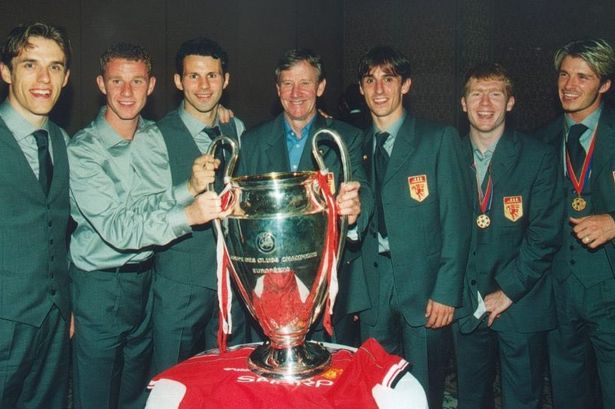 Manchester United’s famous Class of ’92 was trained by Eric Harrison, who passed away at the age of 81.

All of the players of the historic United generation paid tribute to their mentor through social networks.

We’ve lost our mentor, our coach and the man who made us. He taught us how to play, how to never give up, how important it was to win your individual battles and what we needed to do to play for Manchester United Football Club.

He was always watching and always with us every time we played, I can still hear him telling me NO MORE HOLLYWOOD PASSES. I can still see him as we played on The Cliff training ground looking down on us either with a proud smile or a loud bang of his fist on the window knowing any minute he would be on his way down to probably advise me in the most polite way to stop playing those passes.

More importantly he made us understand how to work hard and respect each other and not just on the pitch. We won’t forget the life lessons he gave us. Eric we love you and owe you everything. ❤ Gary, Phil, Ryan, Paul, Nicky and David.

We’ve lost our mentor , our coach and the man who made us. He taught us how to play , how to never give up , how important it was to win your individual battles and what we needed to do to play for Manchester United Football Club. Eric we owe you everything

He was like a second father. On and off the pitch, the way you spoke to the canteen ladies, the kit man, the way you dressed, your time-keeping – they were values that stood us in good stead for the rest of our lives.

I’m a manager now and the standards that I try and give my players are the standards he taught me and I’ll be forever indebted to him.He was a truly remarkable man and I personally owe him everything.

I’ve known Eric since I was 13 and was a big part of my career. A great man and a tough coach, he instilled in us the principles of the game. He loved going away with Wales under Mark Hughes’ tenure and without a doubt is one of the biggest influences on my career

He is the one who taught us how to play football the Manchester United way. Eric was special – he told you how it was. If you were doing well, he’d be the first one to pat you on the back, shake your hand, and tell you that you were doing well.

If you weren’t doing too well, you knew about it and that’s what prepared us very well for the manager. I think that preparation from being 16 to 18 was ideal for us. It made us ready for everything that came our way.

He was a genius as a coach, he taught us everything we know. The way he delivered it was special. He was a tough man to play for, but that’s what made us into the streetwise players that we became.