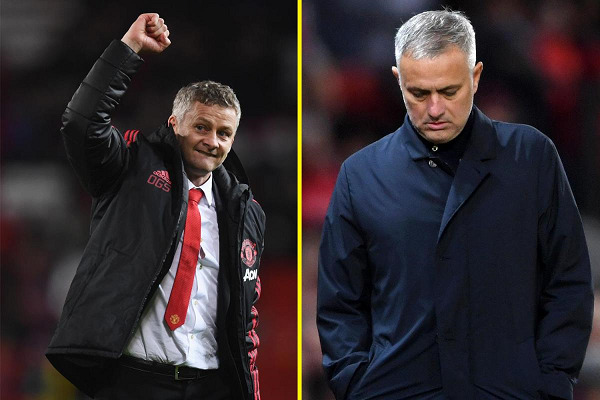 The doom and gloom at Old Trafford seemed to be a thing of the past after all the wonders Ole Gunnar Solskjaer has been working since taking over on the 19th of December. The incredible run United have gone on under the Norwegian has brought their season back from the dead with the Red Devils advancing in the Champions League as well as the FA Cup. Anyone following United’s progress up to that point will know those were two outcomes that looked far from guaranteed or even impossible.

Progress has also been outstanding in the league but the defeat to Arsenal, Solskjaer’s first in the Premier League as interim boss of Manchester United, will serve as a painful reminder of the disastrous start to the season under Jose Mourinho.

Prior to kickoff in North London, Solskjaer had managed to pick up 32 points from a possible 36 in the league, which is as good a run as any. Had this type of form been the trend for Manchester United since the beginning of the season, then they would currently be on 76 points, two ahead of Manchester City in first.

Only, it was anything but that at the start and the loss to Arsenal means United drop out of the top four and into fifth with 58 points accumulated after 30 games. In fact, the effect of one loss at this stage of the season, after the start they had, could be catastrophic for Manchester United. Ole Gunnar Solskjaer doesn’t look to be a man that suffers fools gladly or gets carried away easily but walking off the Emirates turf on Sunday evening in the pouring rain, he would have been given a stark reminder of how quickly all his good work can be undone.

Not our day today, Reds, but we’ll be back.#MUFC 🔴 pic.twitter.com/lNX0Hq28oX

Thanks to Jose Mourinho, the 45-year-old is afforded absolutely no margin of error in the quest for Champions League qualification. At 11/8 in football betting for a top-four finish, United are now the outsiders for qualification which is quite bizarre and almost unfair on Solskjaer after everything he has done.

In many ways, he could become a victim of his own success if United fail to win a trophy and finish in fifth. When Solskjaer was installed as caretaker manager, Manchester United’s season had been well and truly written off with the hopes of any success long gone. There’s a real danger now that the 45-year-old could be unfairly judged for Mourinho’s shoddy work.

Resurrecting United’s season has Solskjaer being regarded as the new Messiah but there are only so many miracles one man can do. With Man City and Chelsea still to come for the Red Devils this term, it looks increasingly likely that United will drop more points which could signal the end of their top four hopes.

Manchester United have never won back-to-back away games against Arsenal in the Premier League#ARSMUN pic.twitter.com/Re9v985dCF

It’s never a wise idea to throw all your eggs in one basket but given the atrocious form under Mourinho and the damage done to their hopes in the league, the baby-faced assassin may be forced to take aim at the Champions League and getting to the Wanda Metropolitano Stadium in late May. This is one outcome Solskjaer has complete control over and a destiny his predecessor hasn’t negatively influenced.