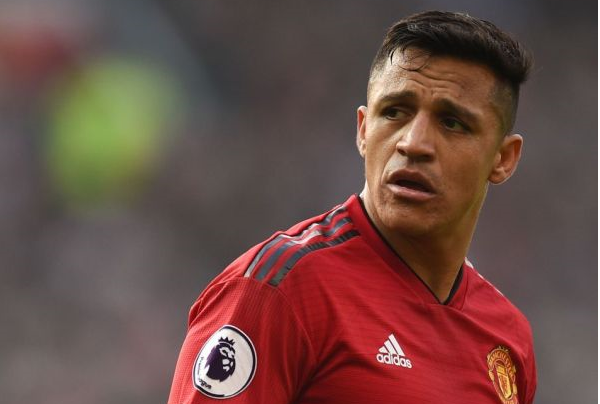 When Manchester United had won the race and beaten City to the signing of Alexis Sanchez in January 2018, it was seen a real statement by the Old Trafford club. Indeed, this was United flexing their muscles and showing the world they had the power to do what few could only dare to, and outbid their obscenely wealthy city rivals. Now that a season and a half has gone by, it looks more and more like City were right to abandon their pursuit of the Arsenal forward.
In fact, it’s easy to look at how dreadful Sanchez’s time has been at United and wonder why this was the player the United board saw fit to make a financial example of to the rest of the world. Only, the Chilean arrived at Old Trafford having made 166 fruitful appearances for Arsenal. During his time at the Emirates, Sanchez scored 80 goals and registered 45 assists.
It was a similar story at Barcelona, as the 30-year-old made 141 appearances for the Catalans, scoring 47 and assisting 35. It’s easy to forget now, but Alexis Sanchez was a world-class player when he arrived in Manchester, but for some reason or another, he has never been able to show even a tenth of that skill whilst playing for United. You could go even further and say that Sanchez has been the biggest flop to ever put on the red shirt of Manchester United.

A measly five goals and nine assists in 45 games is what the Chilean has to show for himself since joining the Red Devils which works out to having cost United £6.7m per goal.
How then, do you put your finger on what went so drastically wrong for Sanchez at Old Trafford?
It’s hard to imagine that a world class player has the ability to turn into a poor one overnight which suggests one should rather look to see if there were any reasons that may have contributed towards Sanchez feeling a lack of incentive to perform. When United signed Alexis Sanchez from Arsenal on a four-and-a-half-year deal, he became the highest paid player in the Premier League with an annual salary of £26m a year and a weekly wage of around £500,000.
United broke the bank to bring him in but Sanchez has failed to hold up his end of the bargain by performing. There are only so many excuses you can make for a player before the blame has to be apportioned onto them, and with a contract in place that sees the Chilean earn over £100m over four years, and on the basis of the performances he has been turning in, it’s quite simply a total disgrace.
The only blame that falls on Manchester United’s doorstep is that they keep bringing in the wrong type of individuals to the club. Maybe it’s a naivety from the board or just pure incompetence, but they have created a cultural problem within the club that is prohibiting it from performing.
A quick glance across to neighbours Manchester City and also Liverpool will show United that you can sign the world’s best players on big money, but also have unity within the dressing room. You’d like to think that the hurt of watching City win the Premier League and Liverpool conquer Europe, which looks set to be the case after the Reds became the favourites at 2/5 in the most recent Champions League betting markets, that Manchester United would abandon this current folly in the transfer market and bring in outside help with the required vision.
Even if they were to do that immediately, they would still have to shift a lot of deadwood first, starting with the frankly appalling, Alexis Sanchez.

It seems rather fitting that the Chilean’s last game for United was a pitiful 1-1 draw against already relegated Huddersfield in which he picked up an injury that meant he was sent on holiday early. If it wasn’t Sanchez’s last game then it really should be because if United are to begin to reform from within this summer, this type of character needs to be chased out of Old Trafford.