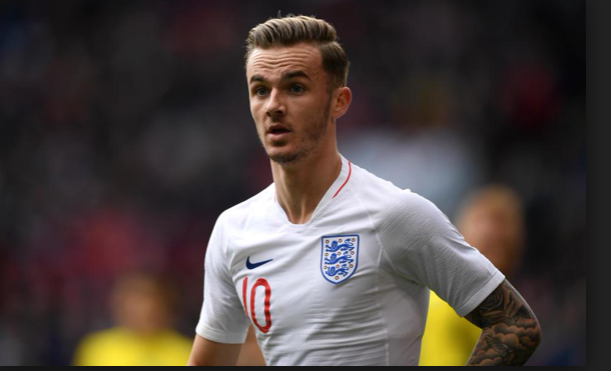 Only yesterday the BBC confirmed Manchester United have had a breakthough in their bid to sign Crystal Palace’s Aaron Wan-Bissaka in a deal said to be worth as much as £50m. Having had couple of bids rejected by Palace for 21-year-old Aaron Wan-Bissaka news emerged yesterday that the agreement has been reached and the player will undergo a medical with Manchester United next week. However, United is however not ready to stop there.

Manchester United will be paying £50million to sign the right back. Which is just £2m less than the £52million Manchester City played to sign Benjamin Mendy from Monaco two years ago. Wan-Bissaka will reportedly earn £80,000 a week. But that won’t be the end of United’s summer transfer shopping.

According to Telgraph, Manchester United will swoop on Newcastle United’s Sean Longstaff and Leicester City James Maddison – A double swoop deal that will reportedly cost the Red Devils as much as £85 million.

Longstaff has been linked with United before but nothing came out of the rumour then. He had a breakthrough season under manager Rafa Benitez at Newcastle United last season and is rated at £25 million. He had nine premier league appearances last season as a ligament injury ensured his fine campaign came to an end before the end of the season. Thanks to football live stream sites, I was able to watch some Newcastle United games last season while traveling round the world for business and I can say he is an exciting prospect that should be playing for a club like United.

James Maddison scored seven goals and laid on seven assists in 36 appearances in the premier league for Leicester City last season and as a result has been linked with a move to both Arsenal and Tottenham ever since the 2018/2019 season ended. Manchester United have however joined the race and will be hoping to fend off competition from Tottenham and Arsenal. Leicester City paid £21 million to Norwich last summer to sign the England under-21 star but are reportedly looking for upward of £60 million to sell the Englishman.

Obviously United have the money to spend and are never afraid to spend it but it remains to be seen if Maddison will join United rather than Tottenham who have champions league football next season to attract him. Arsenal’s reported interest in my opinion isn’t real especially considering the Gunners reportedly only have £45 million to spend this summer before player sales.