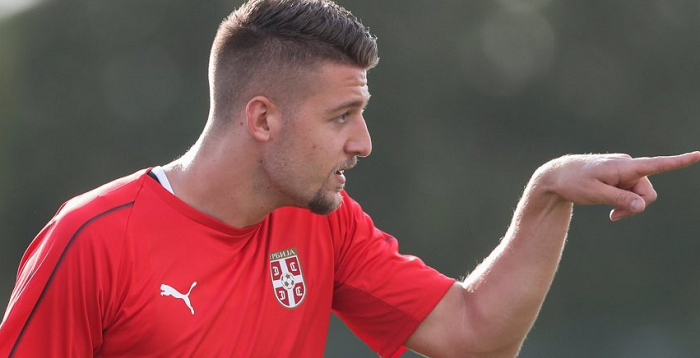 The preseason will begin shortly and Ole Gunnar Solksjaer looks intent on making some major signings this transfer window.

Today we have seen from various sources that Manchester United are in talks with a potential move for Sergej Milinkovic-Savic, the midfielder from Lazio. Reports are that the fee could be in excess of £60 for the Serbian international. This could be a high price to pay for a player not proven at the highest level. The talks could be incase Paul Pogba is sold to one of a number of clubs interested. If our best midfielder is sold then we most certainly need a replacement.
Keeping our options open for new players is always a good thing but we want to ensure we get them and not miss out on the best talent.
Sergej Milinkovic-Savic is highly rated and other clubs will also be keeping a close eye on. Reports are that the player’s agent Kuzman is in London to hold talks with Manchester United staff, we assume it is to get an idea of the demands.

Being linked to such high profile players is great, hopefully we can get some deals through before leaving it too late. We have already purchased two exciting prospects this window that many have high hopes and expectations for, Daniel James and Aaron Wan-Bissaka whom we should see in the preseason friendlies.

In other transfer news, Inter Milan are reportedly ready to make a bid for Romelu Lukaku after his patchy season at Old Trafford. If the player is sold then Ole Gunnar will surely look to replace him with a top class striker, who that is we are not sure.

If you like talking about Manchester United with fellow fans, join our Community at the Forum, we would love to hear your thoughts.