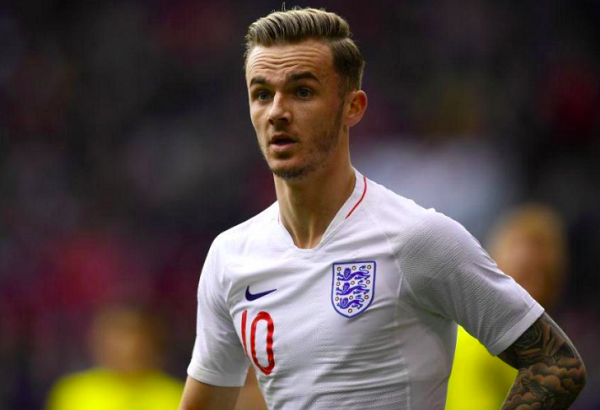 We at Truly Reds try to limit and filter the transfer rumors to those that we think have some legs in. In the summer we were quick to report on the progress of Harry Maguire and Daniel James, however we did report some other players we thought were arriving at the club, the biggest being Bruno from Sporting.

The next transfer we think has real potential in January is Leicester City midfielder James Maddison. Whilst he was also linked in the summer it was team mate Harry Maguire who made the move from the East Midlands club. Whilst the foxes won’t be happy at selling one of their best players mid-way through a campaign, it has been shown that money talks with them as a club. Manchester United will have to pay over the odds for the player and will hope his excellent form continues. News today stated that Manchester United paid £80 million upfront for Harry Maguire, therefore they understand the spending power at the club.

For the latest odds on transfers and match play then Truly Reds recommends Betolimp and the South African website Betolimp ZA. Manchester United are in desperate need of a creative midfielder and Maddison, 22 fits the role perfectly.

Over the summer the Red Devils sold several players and haven’t really replaced them at the club. Fans will also agree that a new striker is required at the club, with the departure of Lukaku and Sanchez the team has been short of goals this campaign. The other player we have in that role is Jesse Lingard, however his form at Old Trafford isn’t up to the high standards fans expect. The 26-year-old has failed to score or assist in six league appearances for United this season meaning that attack wise it appears he offers little. However no player created more chances in the Premier League (100), than the Leicester playmaker last season, according to Opta.

Another player to return from Injury is Paul Pogba but with so much speculation on his departure it will be a surprise if the world cup winner is at the club next year. Whilst on his day he is a world beater, on most days he appears too relaxed, this means he is not performing to the best of his ability. With this Manchester United fans have become increasingly frustrated with the club record signing.

What do you think of the England International coming to Old Trafford, do you think it will happen or is he too valuable for the Foxes and they won’t let him leave until the Summer.