Manchester United are reportedly plotting a £15m  move for Borussia Dortmund midfielder Shinji Kagawa. The Japan midfielder has scored an impressive eight goals in 17 appearances since joining the Bundesliga side at the start of the season, sparking rumours of a move to the English Premier League. The News of the World claims that Sir Alex Ferguson has been following the 21 year-old since his move from Osaka. He is reportedly being considered as a long term replacement for veteran Paul Scholes. Kagawa has already been recognised for his exploits in Germany, winning Kicker magazine’s award for the top discovery of the Bundesliga season. He received 29.3 percent of the vote after 286 of his fellow professionals were polled for their choice. 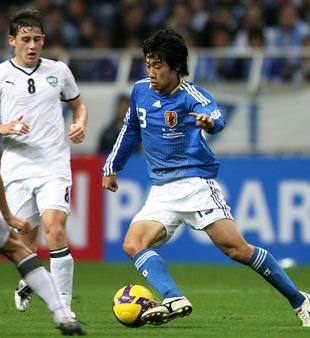 Obviously, some of these players will eventually move on but they are all currently on United’s books. It’s a clear indication of  why Manchester United is now regarded to be a global club thanks to the world wide fan base built up since the advent of live television and technology.

Asian stars like Park Ji-Sung is keeping the demand for United shirts high in South Korea, should Kagawa join him there’s nothing more certain that the same will happen in Japan. It’s worth noting that the Premier League had just 22 foreigners registered for the first season in 1992. That figure had shot up to 337 from 66 countries in 2009-10! And English managers in the Premier? Well that’s another story better left for another day.

Is having so many nationalities at Old Trafford a positive development?