It’s now 21 years since Liverpool – for so long the most successful club in league history – last won the English top flight title. While Manchester United supporters have celebrated 12 titles in that time, hundreds of thousands of Liverpool fans have never seen their club captain lift the Premier League trophy – and the prospect of  Steven Gerrard getting his hands on that gleaming piece of silverware before he retires doesn’t appear too likely in the new campaign. But pre season is a time for fans to dream, so Liverpool fans can look at the picture and imagine what might be called The Impossible Dream! 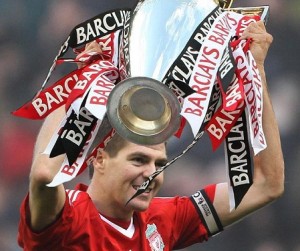