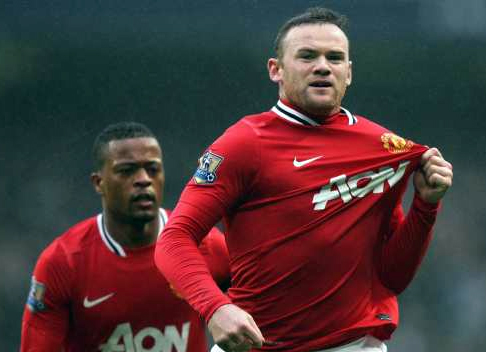 The final whistle is blown at the Etihad Stadium and it is safe and fair to say that Manchester United fans the world over breathed a huge collective sigh of relief. Pre kickoff, we had the shock news of Paul Scholes coming out of retirement to contend with. One way or another, United fans would in general be left wondering on why the sudden change of heart from the normally resolute Englishman and how will the quiet maestro do on his return which depended on him coming on in the game as he was named on the bench. Like many, I was shocked at his change in heart but certainly didn’t look at it as a step forward rather I looked at it as a step backward maybe a step in desperation.

Scholes was wearing jersey number 22 like he did in 1995-96 when he came into prominence but this was an older Scholes not a Scholes that played in attack with Eric Cantona and Andy Cole. With an evergreen in Ryan Giggs on the pitch and two of their ex-colleagues with whom they have shared many a happy memory playing together, David Beckham and Roy Keane in the stands, it seemed like we were in a charity or a testimonial match rather than a high-profile, high tension FA Cup third round clash against our hated neighbours, Manchester City. United started the game on the back foot and tentatively as City played with an apparent spring in their steps, confidence through their veins, buoyed on by their vociferous crowd and by the 6-1 hammering they inflicted on United in October. United were pinned back in their own halves leaving only one man, Danny Welbeck alone up front.

It seemed like it was a ploy to soak up the pressure and then hit City on the counter and it worked to perfection when United broke up a City attack and launched an attack of their own to take the lead through a Wayne Rooney header against the run of play. United were then given a helping hand by referee Chris Foy who sent off City captain and their best defender, Vincent Kompany for an innocuous two footed challenge on Nani. United held good possession after that and always looked a threat when they played the ball out wide to the wings. Nani and Antonio Valencia were back to being dangerous and caused constant threat down the wings and it was down the left wing this time that United got a second when Nani dragged Adam Johnson and James Milner out of position to free Patrice Evra on the overlap whose crossed was not properly dealt with and the impressive Welbeck was sharpest to react in the box as he swivelled and volleyed to give United a two goal lead which became a three goal lead when he was fouled in the box for a penalty. Rooney scored from the follow up after his penalty was saved by stand-in keeper, Costel Pantilimon. Just before the break we had a chance to make it four but Welbeck missed a good chance on the stretch from a Valencia cross.

With the scoreline at 3-0 and United seemingly able to pick at City’s defence at will, certainly we would have wanted more of the same in the second half as it was a good opportunity for us to avenge the drubbing we took in October but it didn’t happen. We got casual in our play as we chose to keep ball rather than go forward for more. City pulled one back almost immediately with a well-taken free kick by Alexander Kolarov. The Serb was then lucky not to at the very least give away a free-kick just outside the box for a foul on Valencia who was giving him a torrid time. On the 60th minute mark, Scholes made his return from retirement and immediately, there was an air of a testimonial match and it engulfed United. A slack piece of passing by Scholes in the United half, which was understandable given his lack of match fitness, gave possession away to City who capitalised as Aguero’s initial shot was made a mess of by Anders Lindegaard and the Argentine was on hand to tap in the rebound to close the deficit. All of a sudden, it wasn’t as comfortable for United anymore. We failed to add to our lead and crucially for us, City failed to equalise. 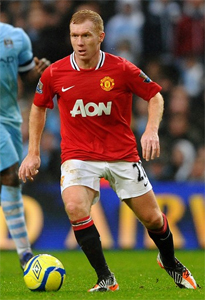 We were spared having another egg on our faces for the second encounter in a row with City and our neighbours would leave the tournament with their heads held high. I don’t suppose there would be any lasting psychological damage on City as they would be well aware that they matched up to United even with 10 men and would argue that they didn’t have their full strength team on display with goalkeeper Joe Hart on the bench and strikers Mario Balotelli and Edin Dzeko in the stands. Personally, at the end of the match, I breathed a sigh of relief and fumed at the way we so nearly let a healthy lead slip. Once again over confidence crept into our play and we very nearly paid the price for it. For starters, a less than match fit Scholes should not have been brought on so soon out of respect to our opponents who could still pose a threat especially with pride to play for as the home side and the holders. Nani should not have been replaced having caused a lot of problems on United’s left wing the entire game. If there was a need to bring someone in, then a younger Anderson should have been brought on to replace the older Giggs who did have a good game. Welbeck was taken off in a negative move to bring on Anderson. If Welbeck, who was probably one of our best performers, was to be brought off, Javier Hernandez should have been brought on to maintain a threat up front instead of choosing to just keep possession to see out the game. We did keep possession well but there were moments when we gave it away cheaply adding pressure on our fragile defence.

On the topic of the defence, Rio Ferdinand and Chris Smalling both played very well at the back although Ferdinand once or twice was guilty of giving the ball away cheaply too. Phil Jones at right back needs to be dropped as he is looking off form. He did do some good things today but he was also shaky in defence; carrying on his form at centre back against Blackburn and Newcastle. Evra was caught out of position at left back a few times and Ferdinand had to step in for his captain. In goal, I had always felt that Lindegaard, at the moment, is a steadier choice than David De Gea but his role in Jones’ calamitous own goal against Newcastle and his rather shaky performance today has changed my mind. He did pull off a great save at the start but was also caught out by Aguero for being too slow to clear the ball. Luckily it didn’t have any dire consequences. He made a mess out of a shot that he should have collected without spilling and was lucky at the end to parry another Kolarov free kick into the path of a United defender.

On the topic of retired players returning, we probably need Edwin van der Sar to return because the goalkeeping department isn’t in good confidence right now and it is affecting the team’s defending as the defending is far from solid and steady. Smalling’s return was immense as he and Ferdinand formed a good central defensive partnership but goals conceded are not going to help the confidence of the team. Scholes return just tells us something that is pretty obvious, the lack of creativity in central midfield. His experience would be vital but first and foremost he needs to get his match fitness back. I hope this is a temporary measure because he is not getting any younger and in the long term, we need to get a younger player to provide the creativity which would be a step in the right direction. Once again, I do hope that Anderson returns to the starting lineup sooner rather than later and that Tom Cleverley makes his long awaited return. Wayne Rooney performed very well in the attacking midfielder role as did Welbeck who has probably edged Hernandez out as the leading striker in the pecking order.

I hate to admit it but it looks like City has a stronger squad than us and we are suffering from a lack of confidence, stability and from the absence of key players through injury. We do need to regain our confidence again and our next match at home against Bolton Wanderers could be the perfect game to set us on the way. However, winning one game is not enough as we need to win a string of games and go on a long winning run now, keeping as many clean sheets as possible to stand a chance of winning the title or any silverware for that matter.