Bad Start To The New Year!

First game in the new year and we commenced it with where we left off in 2011, with a defeat but the defeat this time, our third in the league already this season was a resounding one. The defeat was as resounding and as one-sided as the trashing we got in St. James’ Park in 1996. The score-line reflected it to an extent. There was much talk pre-game about Manchester United responding from the disappointing defeat we suffered at home in our last fixture of 2011 at the hands of Blackburn Rovers and coming out fighting like wounded tigers but instead, we responded meekly like tame cats. 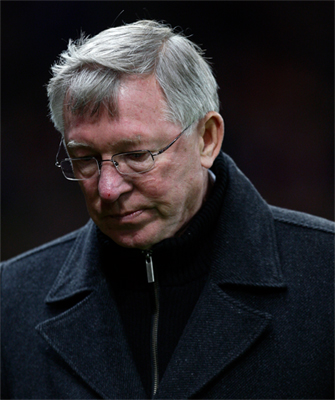 First game in the new year and we commenced it with where we left off in 2011, with a defeat but the defeat this time, our third in the league already this season was a resounding one. The defeat was as resounding and as one-sided as the trashing we got in St. James’ Park in 1996. The score-line reflected it to an extent. There was much talk pre-game about Manchester United responding from the disappointing defeat we suffered at home in our last fixture of 2011 at the hands of Blackburn Rovers and coming out fighting like wounded tigers but instead, we responded meekly like tame cats.

United played without the urgency and verve we have witnessed in some games this season. We lacked the pace as well in our play with another lethargic performance. Therein too lays our problem so far this season, lack of consistency. When we hit form and play well, we have showed that we can tear teams to shreds and score goals for fun but all too often now, we have suffered blips and the blips have been alarming, heart-wrenching and demoralising. As I had ranted about in my previous post on the unnecessary defeat at home against Blackburn that meant we had to pick up the pieces all over again after having gone on a good run since the Champions League elimination, but we just couldn’t do it in an instant as we had lost momentum with our defeat on New Year’s Eve.

Throughout the game, we were second best to Newcastle United, roared on by their vociferous crowd. We lost the battle in centre midfield with Yohan Cabaye and Chek Tiote coming up tops over the languid and sluggish, Michael Carrick and Ryan Giggs. The former’s form has probably gone wayward after his spell playing as a makeshift central defender, to no fault of his own. Giggs couldn’t find the creativity to break down the tight backline and in more than one game now this season, he has been found wanting when placed in central midfield against younger, more energetic counterparts. With Darren Fletcher’s indefinite absence, a midfielder in the mould of Tiote is what United need, a strong, energetic defensive midfielder in centre midfield.

We had Anderson, who had just returned from injury and had made a very good and typically energetic return in the game against Blackburn, on the bench and with time, he would be fit enough to start but with the kind of performances we saw in centre midfield yesterday, I would feel he would have to return to the starting lineup sooner rather than later. Another big and significant absentee is Tom Cleverley, who we have no clue yet on when he would return but he has been a big miss to us.

In defence, Rio Ferdinand was lucky to get away with fouling Demba Ba in the penalty box but it was probably just football’s justice taking action as it evens out the non-existent penalty Ferdinand gave away in the tie at Old Trafford. Phil Jones, his partner in centre of defence, was out-muscled, out-manoeuvred and out-muscled by the more experienced Shola Ameobi. Jones’ debut season has been impressive but I have noticed that he has performed better at right back or in centre midfield. At centre back, he has lacked the necessary composure but it is certainly a learning experience for the young Englishman.

With Chris Smalling and possibly Jonny Evans expected to return in our next match against Manchester City in the FA Cup, our defensive woes look like easing now but it baffles me on why Rafael Da Silva did not start at right back after putting in a good shift as a right back in the second half against Blackburn. The only reason that I feel he didn’t start was possibly to avoid rushing him back into action too soon. Nani had another abysmal game at right wing and hardly had any chance to run at the defence or put in a good delivery. The only time he did that, it nearly resulted in a goal and was the closest we went to scoring in the entire match when Wayne Rooney’s attempt was cleared off the line by ex-Red Devil, Danny Simpson. Antonio Valencia wasn’t as effective attacking as a right back as he was when he was further forward as a winger against Blackburn. Park Ji Sung, on the other flank, was totally non-existent. It is a big worry that in two games now, our final pass and delivery into the box has been poor. We have shown a lack of creativity to break down defences that are packed in numbers whereas previously we were so fluid going forward. Rooney couldn’t get a touch right in the entire match and if the recent reports are to be believed, he has only himself to be blamed for being dropped against Blackburn and looking off-the-pace against Newcastle. Dimitar Berbatov was also another non-existent member of the first eleven inspite of going into the game in good form.

What is also alarming is my point on the lack of consistency. All it took after our elimination from the Champions League was a run of four games in which we scored a lot and attacked fluidly, for us to drop points and lose again. Having to play catch-up with Manchester City, who has been very strong at home especially, we can ill-afford to drop points and be casual. We had hoped for a favour from hated rivals, Liverpool the night before to at the very least hold them to a draw but instead they were resoundingly beaten. If we carry on in this vein, we would require a lot of favour in the future if we are to retain the title. In a nutshell, we got to do ourselves a favour first before hoping for some from others.

We have got a lot of injuries this season and it has hit us hard in defence. At the moment, the squad looks thread-bare whereas grudgingly one has to admit that Manchester City has a better, stronger squad albeit due to their spending power. It might sound pessimistic now but it’s tough to see where and how we are going to turn things around especially since our next match against Manchester City has now become much more important to us on a mental and emotional level than it was previously. Our squad at the moment is a little imbalanced as it has a lot of players who are promising youngsters but being young, they lack experience, consistency and need time to develop. We have lost a lot of experience in the summer and the players who are in the middle rung, who are at their peak or reaching their peak between the ages of 25-30 are not standing up to be counted.  We are missing Nemanja Vidic’s leadership for the rest of the season. Ferdinand and Giggs are the older members of the squad but because of injuries and age respectively, they are used sporadically. We need players like Rooney and Carrick to take the team by the scruff of the neck now and lead because they are the ones who are at the right age to do so but they alone can’t do everything. The rest got to stand up and be counted too.

It was good to see Sir Alex Ferguson seething with anger at the end of the game which means the players will get the required hairdryer treatment and in the long run should ward off complacency but he cannot go down the path of his old nemesis at Arsenal, Arsene Wenger and rely solely on youngsters. We have had a perfect squad of the perfect mix of ages but we are lacking that this season and as such I feel United need to rely more on the more experienced members of the squad this season and not rotate the squad as much because we don’t have a squad quite as strong to rotate and win the title. Let a settled team play more often and that will be the key to succeeding this season.