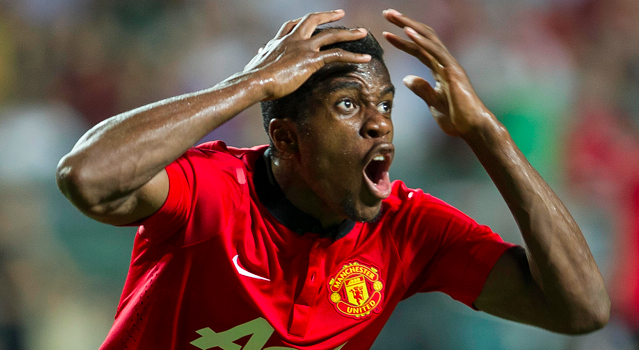 This is the peculiar story of a £15 million signing. A player who lit up the Championship last season and has twice been capped by England, but has made just three appearances for his new side as of January 2014. A known prodigious and rapid attacking threat, but whose continued lack of playing time at his new club continues to bemuse. What on earth is going on with Wilfried Zaha at Manchester United?

Zaha, who signed last year from Crystal Palace, is believed to have been handpicked by Sir Alex Ferguson as Nani’s heir apparent, after the Portuguese winger was apparently advised to leave the club by United’s old manager. But all has not worked out according to plan. Ferguson, of course, is no more, and one of the first major actions of his successor, David Moyes, was to arrange a new five year contract for Nani, contributing to the young English winger’s persistent demotion to the reserves in the process.

Zaha barely has 90 minutes under his belt for United, despite his side’s considerably underwhelming start to the season. They have begun 2014 with three straight defeats in which they have looked particularly uninspiring in attack, but Zaha has yet to play a single minute since the turn of the year. In his side’s recent semi-final first leg defeat in the Carling Cup, a tournament where youth players are consistently given a chance to demonstrate their worth, he was again left on the bench; his talents ignored for yet another fixture to which his talents seemed ideally suited.

Zaha’s lack of playing time is all the more surprising given the persistently low quality of United’s current wing play, one of their most reliable and consistently exhilarating strengths under Sir Alex Ferguson. Despite a slight improvement from last year, Antonio Valencia’s form seems to have dropped off once again, a development not helped by his continued failure to work out a way of effectively crossing the ball. Ashley Young’s slight return to form has been curtailed by injury, whilst Nani, currently out with a hamstring problem, has failed to make any sort of meaningful impact when he has managed to make it onto the field. Ryan Giggs, meanwhile, is 40 years old.

Indeed, United’s attack has been crying out for the attacking zip, pace and moments of inspiration that Zaha was supposedly bought to provide. Adnan Janujaz, United’s one major positive from the season, has proved the invigorating effect that dynamic attacking players can have on both a side and a crowd. So why has Zaha been given so few opportunities to do the same? 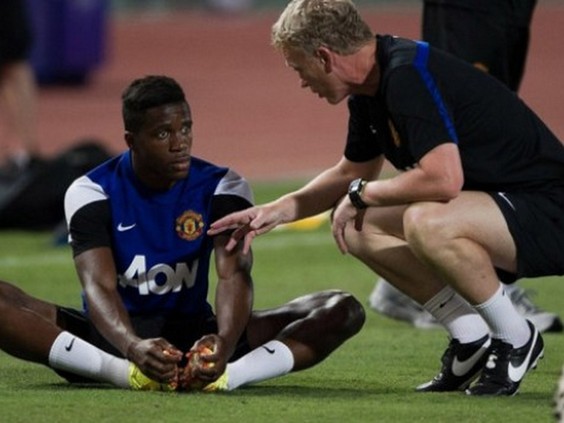 Such a predicament must surely be explainable only by one of two reasons: he has either been deemed drastically below the level of quality required to play for Manchester United, or something has occurred behind closed doors which has seriously jeopardised his standing in the eyes of the United management.

The first option, that he is simply not good enough to play at Old Trafford, would imply that Sir Alex Ferguson’s experienced and largely effective scouting network made a drastically inept decision when they agreed to sign him last January. Of course, Fergie made enough mistakes in the transfer market to ensure that it is not possible to rule this option out completely. Yet this explanation is difficult to believe, especially considering the standard of the player’s performances for Crystal Palace last season, when his electric pace and direct dribbling was instrumental in his team’s promotion to the Premier League. Indeed, his performances were of such quality that he was awarded with a place in last season’s Championship’s Team of the Year last season.

It is true that Zaha’s fleeting moments on the pitch have largely been frustrating and not altogether that encouraging. He is undeniably a raw talent, and one who is clearly yet to learn how to chose the correct moments to pass or dribble. Yet for a young player desperate to make an impact at his new club, a keen desire to make something happen when on the ball is understandable. Surely, though, such flaws can only ever be ironed out through playing time and experience.

The second option, that Zaha has somehow offended David Moyes, is also a strange idea. Although rumours that he had slept with David Moyes’ daughter escalated on social media to the extent that the player even took to Twitter to deny them personally, such a drastic lack of playing time does suggest something slightly murky may indeed be going on behind closed doors. It would, though, require a surprising and worrying amount of stubbornness for Moyes to hold to such a grudge against a player at such an early stage of his United career.

Yet there may still be hope for Zaha. Although United have been linked with a host of central midfielders this January, there has been little speculation that they are in the market for a new winger, suggesting Moyes still sees potential for the player at the club. Indeed, his chance to impress may come sooner rather than later, with the manager seemingly reluctant to let the player go out on loan during the January transfer window.

If reports in the media are to be believed, though, the player is desperate to force a temporary move out of the club in the hope of gaining a World Cup place, especially in the wake of Theo Walcott’s recent injury. Recent rumours suggest he may be set to link up with former United favourite Solskjær in his new job at Cardiff.

Zaha, of course, is far from the finished article. At the same time, he surely cannot be off the level of our current wingers to the extent that his current lack of playing time seems to suggest. Something has to give.

1 thought on “The curious case of Wilfried Zaha”